It is a well known fact by all of us that, in the days when Nuts were made of horn and strings were made of sinew or hemp, the Arbalist could not afford to have the string of his crossbow getting wet, he knew exactly that a wet string would loose 3/4 of the actual power of his weapon and would render it useless except to be used as a club.
Following are some excerpts set in my own words about the bitter lesson that the Genoese Arbalists who were hired by the French for the battle of Crecy against the English on (August 26th 1345) tasted. Let us be rational here. Before I continue I would like to revert to reason, If, so I ask myself the Genoese Arbalists were professional infantrymen and this was not their first engagement in a battle, they knew the country in which they were to do battle and also knew of the unpredictable weather of France. Was it not perhaps negligence that they did not cover their crossbows with the proper Oiled canvas covers (which was literally waterproof) which was used for such an occasion?. Well it was either that they never did bring such covers with them or they had them and did not use them. But I should think that it was more of the first reason than the later.

When the English bowmen ( who had a far better advantage ) of distance by their longbows and also in avoiding their bowstrings from getting wet were ordered to loose their arrows onto the French. The French who were not going to sit there motionless, gave out the order to the Arbalist to retaliate and loose their bolts. However the Genoese knew that loosing their crossbows was just a futile attempt and fell quite short of their enemy. Thus after some time the Genoese crossbowmen began to retreat as the English Archers moved closer to them and began to feel their longbow arrows. The French commander got furious at this, and would not accept such a cowardly act. So without hesitation he ordered his Knights to charge forward towards the English and ride over the lowly peasant arbalists on due course.
The Genoese in fact did not accept to be ridden down like flies and resisted the French knights vigorously. In the meantime this was a great opportunity for the English Bowmen and loosed barrage after barrage of arrows that is said looked like patches of black smoke distending onto the French knights who were engaged with their mercenary crossbowmen.
This engagement took more than a few minutes as the French Knights became entangled with the Genoese crossbowmen and a number of the crossbowmen escaped unharmed. When the French knights finally rode out of the havoc they were in, regrouped and continued with their cavalry charge leading them onto the English bowmen. This charge however was short lived and ineffective, which forced the french knights to tuck tail and retreat. This was a golden opportunity for the English bowmen to loose their arrows at point blank from behind the French knights reducing their number to almost half as the arrows injured a large number of horses and also succeeded in penetrating vulnerable parts of the Armour worn by the Knights of 1345.

Please keep an eye for part II which shall have very interesting illustrations. 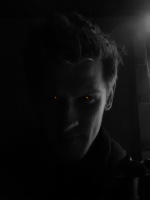 I've read about this a long time ago...slightly different context in that it didn't have the certain details you mentioned...looking forward to the continuation.

Geezer here. I have read the old accounts from the battle of Crecy, at which the Genoese professional crossbowmen reputedly had their bows made useless by heavy rain.
I'm not sure this story rings true. They certainly SHOULD have had covers for their bows... some stories suggest their pavises (standing shields) were left in the baggage train, and I suppose it's possible the bow-covers could have been left as well. Certainly one would expect even hemp-crossbow strings would have been well waxed, and of course stretched rather tight even at rest, so they should be water-resistant up to a point. If they stretched a lot, that could at least require the strings being removed, twisted up, and reset, which would be time-consuming. If roller-nuts get completely soaked, sometimes the socket will swell up and refuse to release the string. That would put you out of action for a couple of days. Certainly the French Chivalry at Crecy behaved like a bunch of impatient school-boys. If their vaunted professional archers weren't showing sufficient zeal, I can imagine that bunch of bone-headed heroes just charging through them out of simple impatience.
Even so, I kinda wonder if the excuses for the crossbowmen at Crecy aren't just that, excuses. The crossbowmen were down-slope from the longbowmen... that would give the longbows (who probably had comparable power and range) an advantage. But mostly I expect the Genoese had simply never encountered an arrow-storm from five-thousand (or whatever number you prefer) English longbows. It looks to me like they were simply outshot... end of story. When you're a professional who lives by his weapon, you need some kind of excuse or you're outa business.
Just my two-bits worth. Geezer.
Basilisk120 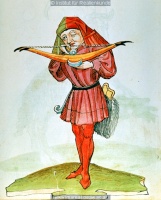 Something Something Dark Side
William Tell

Yea i agree with you guys. To me I would say, that yes the French were too hasty and heartless for that matter. In fact I also found out that at times the professional crossbow men had pieces of oiled canvas attached to thier pavises, sort of like a flap so that in case of heavy rain they could slip their weapon underneath the canvas. Well now as I perfectly agree that the French were impatient, on the other hand these Genoese Crossbowmen were commanded by their own leaders Otto Doria and Carlo Grimaldi who were professional crossbowmen and knew about the do's and dont's like the back of their hands.
Sponsored content