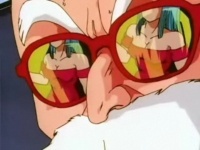 Hello everybody, and please excuse my bad English.

Several years ago, I started taking interest in crossbows. After 5-6 failed attempts, in which my crossbow has became better and improved after each new version I come up with this:

It isn't anything special, but considering it was built by 17 year old with limited selection of materials and equipment, it isn't bad either. The good thing about it, is that limb (which is made from some sort of elastic sheet metal). It provides a lot of energy. I don't have precise information, but arrow fired from it can easily penetrate human chest from distance of 15 meters

(that was the distance to my target made of 1 inch wood). Arrow that has been rammed into it could not be removed easily without a pliers... The part that I don't like about it is, well, everything else: trigger (don't like it), sight (it doesn't have any), and the most important-a STOCK (as you can see I improvised with 3,5 cm thick wooden board. It was just a temporary solution)...
A sad thing is that these pictures were taken more than 2 years ago. Because of lack of materials, and mostly because some other things became more important than this project, my crossbow was left to rot in back of a garage.
Some time ago, I decided to clean up a mess in the garage. Among old car tires, scrap metal and stuff people keep in their garages, I have found my abandoned friend. Suddenly I felt an overwhelming desire to finish what I started years ago. My plan is to carefully figure out every part of crossbow and when there is nothing left unknown, start building it. No rushing. And hopefully this will be my final version and last build.
So guys I need your help in building modern compound/recurve crossbow. Let's start with STOCK. After that in some later posts I am going to show you some of my solutions for trigger mechanism so you can give me few advices.
Considering that I've never held a real crossbow or rifle of any kind in my hands, my main source of information is internet/Google.  After some time searching the web for any  kind of plans or blueprints that I can use as a reference for my stock, I come up with this picture:

It is Barnett Wildcat C5 Hunting Crossbow.
I searched everywhere. I even went on some Russian sites and forums and nothing-no blueprints of modern crossbows or plans that could provide some valuable info. Then, I got an idea: why don't I find some picture of crossbow taken from its side (profile) and then edit it in Google Sketchup and Paint. After editing picture, I can print it in 1:1 scale, co it could be used as a pattern. That picture above was the best that I could possibly find. After some time in Google Sketchup and MS Paint, I have come up with this:

The problem is that I don't know exact length of crossbow and his dimensions. On this site I have found this info: "Length: 36.25 inches. Width: 27.75 inches (uncocked). Power stroke: 12 inches". Now I need your help. When it says "Length is 36.25 inches", is that total length with cocking stirrup included or without it??? Same with power stroke... I need to know precisely what is the distance between dots on picture above (+- 2 cm)??? If you gave me distance beaten two dots (for example AB=44 cm), I would use that distance to resize the entire model, and keep the scale, via resize tool in Google Sketchup. Also I was hoping that there are some standard dimensions that I could use (maybe there is some common length between H and E, or some other two points??)...
Any advice, comments, harsh critics and any other feedback are more than welcome.
Todd the archer

Welcome Zidar, will try to help. By the way you English is fine. I know what it is like to work with limited resources. I like Barnett's stock design, to help you with proportions start with a trigger (the actual trigger you pull) to butt distance of around 13 1/2 to 14 inches. Most overall lengths are including stirrup. The power stroke is measured from where the string sits at rest to where it is held by the string catch or latch. Before actually starting on the stock you need to work out how you are going to mount the limbs, so you can figure the distance to the trigger.

Length doesn't really matter until you decide whether you want a pistol or a rifle style stock (which we call the tiller).  Depending on how the bow (we call it a prod) is mounted, you need some length of stock in front of the prod.

The Width is probably the width of the prod from tip to tip.  Power Stroke is the distance from the string to the string-catch.  The trigger is usually some distance farther away from the prod than that.

Very interesting compound design you came up with, as well as the multiple laminate prod.  I'm impressed.
Zidar

Thanks for the feedback. After some time, I realized that a length of power stroke on my crossbow doesn't need to be the same as the power stroke on Barnett Wildcat. Therefore, total length of my crossbow is going to be different from length of Barnett Wildcat. The main reason is that crossbow length/power stroke is determined by the bow (prod) that I will use, bow that is in almost every way different from that on Barnett Wildcat. So that part I will figure out by myself. But, the part that I can't figure out is distance from "handle" to end of crossbow (place for shoulder)... Long story short: I need length of lines "a" or "b". Here is a new version of my previous sketch:

A-C is a matter of aesthetics  -- Trigger guards come in a wide range of shapes and sizes.
B-C depends on your body - arm length in particular.  However 18" (45 CM) is a good place to start.  You can make a simple tester with a stick and some nails set at 45, 46, 47, 48 CM and see what distance feels most comfortable for you.
Todd the archer

Excellent, this is what I was looking for. New drawings, this time with dimensions (inch and mm). Note that total length will probably be different then this one (690 mm).

Does this size of the crossbow look good?
Hermit

The key to shooting any weapon,is comfort.Y
ou want a weapon that is comfortable to shoot.I am a person of average height,and the most comfortable butt-end to trigger measurement(dimension B)for me,is 14 and a half ins.What I would suggest,is acquire some scrap planks or plywood,make a rough cutout on the short side of the dimension I have given,and the nail strips onto the butt until you reach a butt to trigger length that feels comfortable to you.People come in all shapes and sizes,and have shooting styles that will depend on whether or not they have been trained to shoot,or have arrived at a shooting style by themselves.
Once you have arrived at a butt to trigger length that that suits you,the rest of the dimensions will be determined by the Fistmele(old fashioned term that means the distance between the string and the bow when it's strung,usually the width of your fist,in the case of a solid bow)the position of the nut,and the length of draw for the bow,plus any fancy bits you want to add on.
Zidar

How could I have forgotten that? My height is 180 cm.
Gnome

Zidar wrote:
Considering that I've never held a real crossbow or rifle of any kind in my hands, my main source of information is internet/Google.

Welcome, Zidar! I'm going to argue with you on that point. That weapon may not be perfect, but it looks perfectly real to me. I don't think I've ever seen anything quite like it, and while there are obviously some things that could have been better, I'm pretty impressed with your prod design. I don't think I would use turnbuckles on the string quite like you've done there, but I have been thinking about turnbuckles a lot lately as a quick, easy, and inexpensive way to mount a prod to a stock. Don't undervalue your own experience and intuition!

I think you're off to a great start, basing your design on something commercially available that you like. I wish I had that kind of sense with my first few builds- I started out in fantasy land and had to drag myself back to reality! Don't be surprised if you want to make some changes once you are holding the roughed-out stock in your hands, though, in the end your own comfort and ergonomics trump anybody else's idea of what your stock or tiller looks like.
One piece of advice, I wouldn't even start actual work on the stock/tiller until you've nailed down exactly what your prod is going to be and how it will be mounted.

Good luck, can't wait to see what you come up with!
Gnome
Gnome

"I don't think I would use turnbuckles on the string quite like you've done there..."

I need to formally retract that comment. The more I thought about it, it seemed like a simple solution for an experimental build I've been working on. Thanks for the idea, Zidar!
Gnome

^ It's a stupid idea. If you tighten the string too much, the prod may lose its elasticity/power after some period of time.
8fingers

When I try a long weapon for size I place the butt (C) at the bend of my elbow, my forearm horizontal and palm up, and my finger hooked on the trigger.
Sponsored content