Anyone who understands how the limbs lockingsystem works in this quick-lock limbsystem? Can anyone do a drawing of the limbs locking mechanism? I think it´s beautifully made.
http://img-fotki.yandex.ru/get/4702/v-talik.20/0_667da_4213f4c6_L.jpg 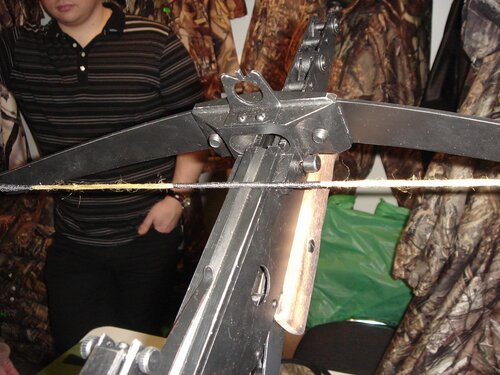 No full view available of the machine ?
kenh

Yep... Need lots better photos of the contraption.  Post .jpgs here; some of us are gunshy about logging on to any Russian or former Soviet Republic websites.
Ivo

Have an album full of photos and some vids of that one (amongst other cool bows'n'bits in there).

Was fascinated with this bow for quite a while back in the day. Short stroke, so it's gotta be pretty powerful in order to actually be of any use. Original one(Streletz) made by the Tula arms factory had limbs packing 100kg(roughly #300) draw weight. So take that into account.

We also talked about a trigger group that would allow for a sliding mech joined with the lever...I'll look that up or maybe some members remember it and can post a pic.

This bow was made in two versions. 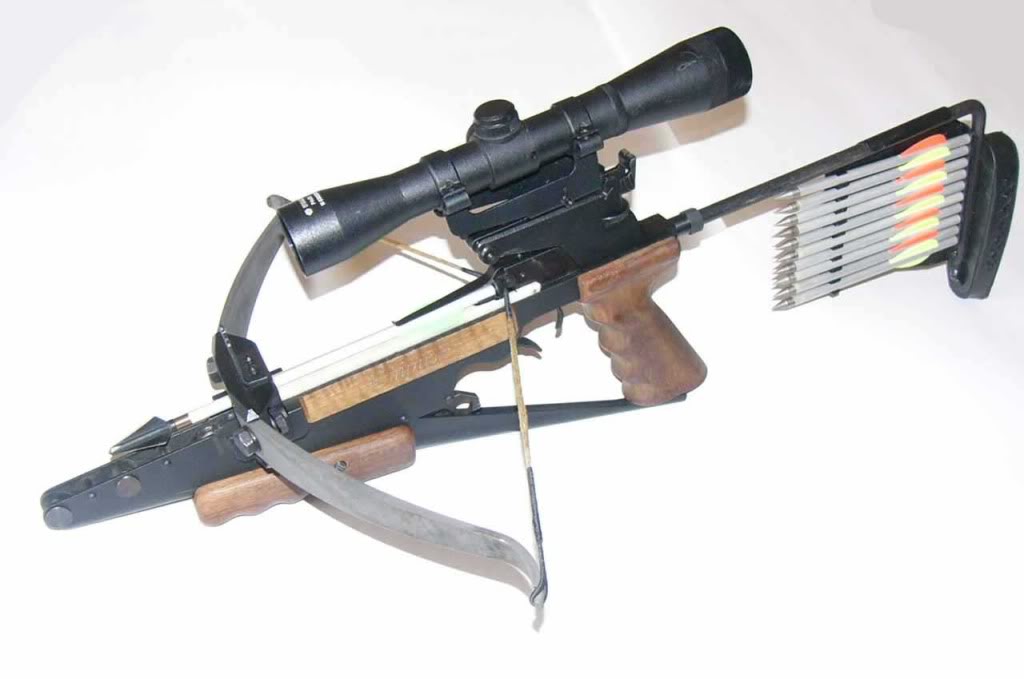 ~ Lots of lame conspiracy theories out there as to why it was discontinued (secret services using them and wot not)...all lame nonsense...just in Russia crossbows with limbs drawing more than #80(I think) are illegal.

This one, however, just happened to be in the #300 range. 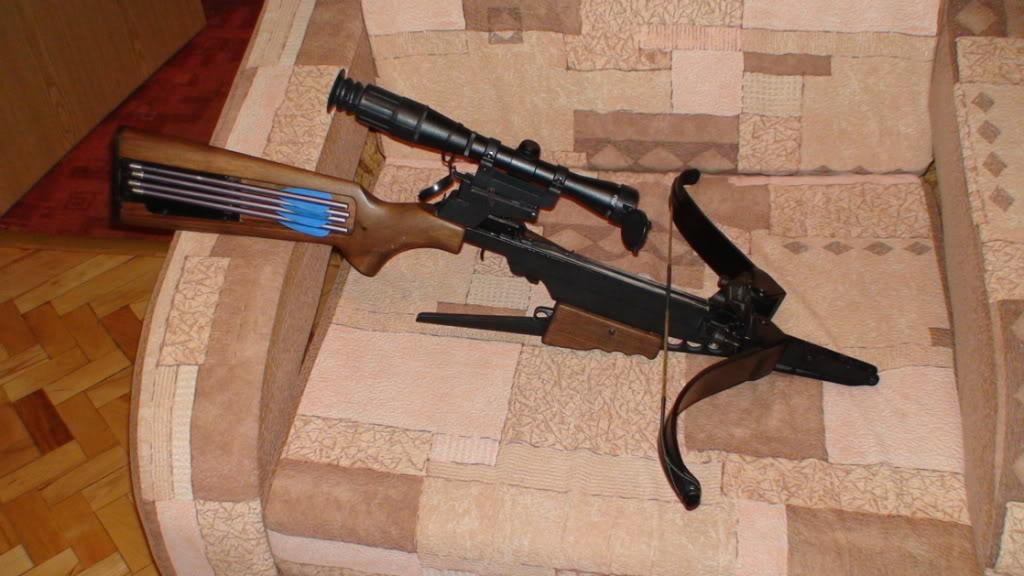 This is the lever action explained.

I think I'll love this bow to the grave. Nice piece of engineering.

Thank´s for all the pictures Ivo. I still don´t understand the way the limbs fastening system works on the pistolmodel. It´s a quick release different from the bigger crossbow-version. In the last video you see the guy leaning the limbsystem a bit uppwards/forwards before lovering the nearer side of it down where it locks in some way. A stearing pin on each side can be seen in your picture here https://s303.photobucket.com/user/karman333/media/Ninja/bcc42e834021.jpg.html?sort=3&o=66

So can anyone understand how this quickrelease works?

Another question is how the mechanism looks inside the crossbow. I mean that part of the inner limb system that´s behind steelplates. What pieces are moving and which of them are not?

No question in thath this is the crossbow of bows and if you put the magasine in the mechanism it´s a perferct semiautomatic mini-crossbow. The genious fourlevel-cranking system can handle big power in a short p-stroke which as you say Ivo, gets a very small and powerfull (and maybe in the future, a semiautomatic) bow.

Who can make the prints/gifs or charts of the system so we fully can understand it and maybe develope it a bit?

My greetings to the Tula engineers (and Ivo´s picture collection)