There are news about Chinese archeological program with revealed some of the finest examples of Chinese crossbows but there are some parts that I can't figure out what are they for. Any idea ? 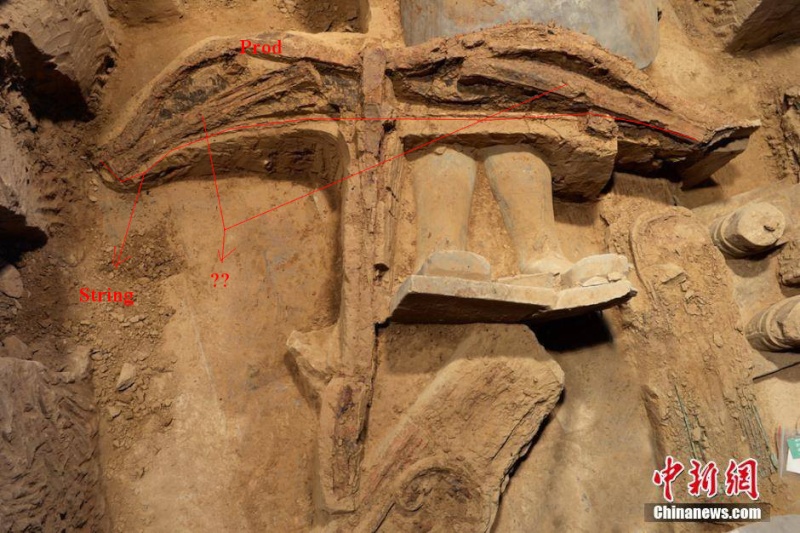 ??-part might be belly laminates.
Bow was buried strung. Then glues softened in moist ground and parts of bow( horn strips ? ) popped off .

Or loose laminate bamboo/wood that has broken in middle.
kenh

My guess is you're looking at loose laminates in the prod which have decayed and broken at different rates in the stung prod.
mac

Shen also points out that this new discovery sheds light on how Qing, two wooden sticks usually discovered alongside the weapon, were used to maintain and transport the crossbows in ancient times. Although ancient documents often mentioned Qing, its function had never been clearly identified until this recent discovery.

I have no clue what what means, but I suspect that the structures that Hero is pointing to are the mysterious Quing.

An archeologist, (who may or may not understand crossbows) talks to journalist, and then it all gets translated from Chinese to English.  It's no wonder it leaves us scratching our heads. We can only hope that further publication on Quing includes some diagrams.

There are some reconstructions with such two wooden sticks but still no clue about what was the purpose of those. 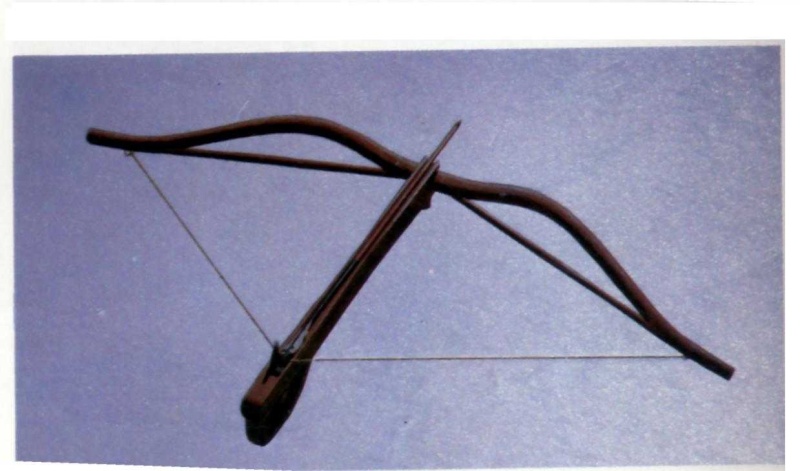 I go to thinking about the mysterious Qing

The article goes on to say....


Shen also points out that this new discovery sheds light on how Qing, two wooden sticks usually discovered alongside the weapon, were used to maintain and transport the crossbows in ancient times. Although ancient documents often mentioned Qing, its function had never been clearly identified until this recent discovery.

"When we dusted off the sticks, we found three holes equidistant from each other and concluded that they were probably used to hang up ropes that fastened the crossbows when they were not in use," Shen said.

....and this got me thinking about the way that some handbow archers lash wooden forms to their bow's limbs to help string and unstring them safely.  Perhaps that is the function of the Qing. 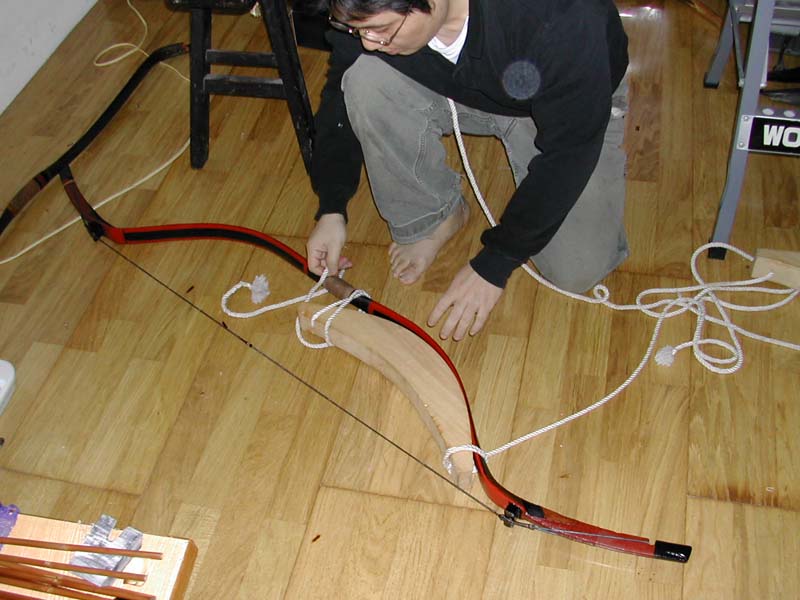 The article itself quite confusing. Apparently, This "Qing" components were mentioned in ancient sources but still there is no clear information about how and why they were used. Still we don't know which are those ancient sources. Also, as far as I know, there are some reports and articles about Chinese crossbow findings. Does anybody ever heard of such components from earlier excavation?

In my humble opinion, they look different from that curved stringing blocks since they look quite straight It seems we have to wait for a detailed scientific article about findings to be able to draw more accurate answers.
mac

You are right, Hero.  They are too straight to be useful in stringing from what we can see of them.  I sort of hope they look more suitable when they are dug out of the dirt and we can see a side view.   If they turn out not to be curved, I am out of ideas.