Turned on the radio to double check - We just had an Earthquake!!!

Glad to hear your all right. I just saw that on the news. Crazy stuff.

Any major damage in your area?

Something Something Dark Side
Basilisk120

Here is a picture of the Damage in the DC area: http://jmckinley.posterous.com/dc-earthquake-devastation

Something Something Dark Side
juancheco

Yeh, we have the same level of destruction as in DC.

I'm on the top floor, so it did shake a bit and some stuff fell from the shelves...but nothing coming even close to serious. Still, it was kinda scary...I have around ten gas stations in a mile radius, so I thought one exploded and my first thought was "fire spreading".

So I was kinda happy to hear that it was just some tiny shake and not what I thought.

Well, I had enough excitement today.

Got to get back to my projects...working on that casting unit again and it ain't pretty.

Ivo!!!! I thought you were going to start a project for a bunker! Misunderstood!!
genesis

Afew years ago we felt the Gisborn earthquake in Tauranga,NZ,and it was quite an experience having our bed moved up & down and from side to side while we were still in it,in the early morning.Coming from England, with no earthquakes there,this was kinda rude!
Ivo

Haha! I'd rather go on the road *Mad Max style* than dig my own grave...figuratively speaking.

I did however get a bunch of friends together once and we dug out a huge trench in the woods, made a roof, and that was our bunker...but then it rained and the damn thing got filled with water and collapsed. Stupid me...left all my tools in that hole.

A few years ago we felt the Gisborn earthquake in Tauranga,NZ,and it was
quite an experience having our bed moved up & down and from side to
side while we were still in it,in the early morning.Coming from England,
with no earthquakes there,this was kinda rude!

Yeh, I guess the first time will always be "the first time". No way around that except being super optimistic. The family on the other hand took it very seriously and we took all the vital documentation, and put it in one big case inside the safe, so it can still be accessed, but also transported quickly and in one piece if such need arises. A very weird family moment that was, but it was kinda fun with my younger brother going on about the zombie apocalypse.

Thanks for keeping a company guys, had a fun earthquake.

Sounds like more fun is coming your way with the Hurricane.

And I get to travel to Virginia/Washinton DC area next week. While I should miss the hurricane I'll probably run it to a blizzard or something. (Yeah those late August blizzards are a real problem)

Something Something Dark Side
Lightly

Yep, there is something really disturbing about an earthquake... I was in the 86 Loma Prieta quake. One of the few folks that got home that night, as I was on a motorbike, and could wend my way home thru the debris. It was quite the awful mess, but we were lucky lucky lucky... if it were not for the World Series being played in San Francisco at that moment, hundreds would have died on the Cypress Freeway/ Nimitz, not the 42 who were so unfortunate there. (63 deaths total)
http://en.wikipedia.org/wiki/1989_Loma_Prieta_earthquake
Also some rarely known facts about that quake... Three things saved the City. (Besides the fact that hundreds did not die because they were either at the game, or at work, watching that game..., and not on that freeway, or on the Bay Bridge, a portion of which collapsed)

One) There was no onshore breeze. There is ALWAYS onshore breeze! Starts around 3 to 4 pm. None that day, so, the fires did not spread...

Two) Several antique Fireboats were retired, save one, left for display in the Bay. This Fireboat, the Phoenix (how appropriate!) was able to pump seawater to the fires in the Marina, to also help put them out.
I think it was former Mayor Feinstein who had saved the fireboat late in her term.
http://en.wikipedia.org/wiki/Phoenix_%28fireboat%29

Three) The ONLY reason the Phoenix could REACH the fires in the Marina, was because there were folks who worked tirelessly in terrible conditions to make sure that the Phoenix was able to actually reach it's hoses to the fires in the Marina.
The whole Marina might likely have gone up in flames were it not for that one Fireboat, and the fact that there was no wind to fan the flames...

Anyhow, there is just something about the earth falling away underneath one that is incredibly scary...
So, Basilisk, I have much empathy!

Hey guys! Good to be back!

The power is back up and finally I can cook a decent dinner!!! (electrical stove

Earthquake was kid's stuff compared to the hurricane. Roads closed due to flooding and practically every home/business has piles of garbage bags filled with water damaged furniture/carpets and spoiled food. Some houses had trees fall on them, their fences, or their power-lines...and some new parking lots (you know the nice smooth ones) near the lake look like piles of torn rags. 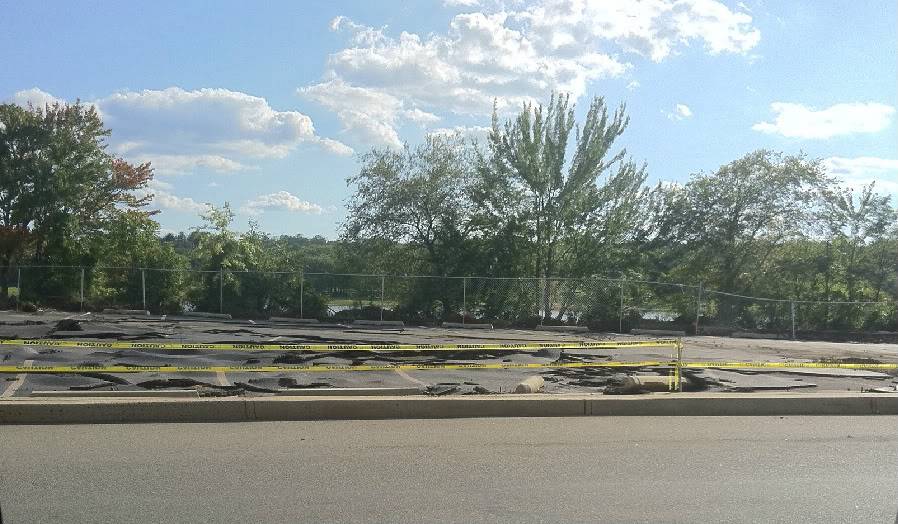 Lots of cleaning up to do, Basement in the lab was knee full of water and that's where all our filters and compressors are located (they are on a stand, so there is still hope the water didn't reach them)...recently the pumps started working, so we'll see how that goes. 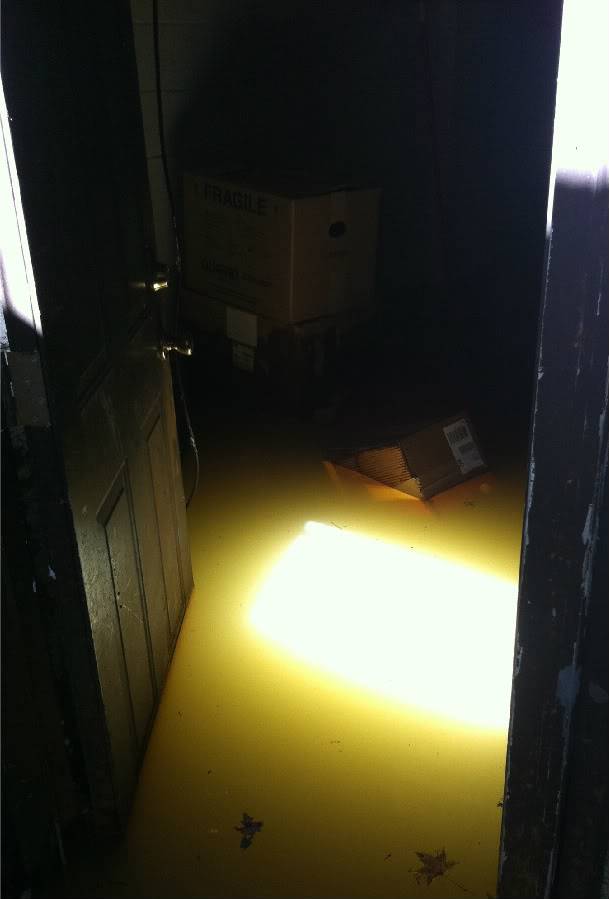 Surprisingly, my brother actually listened to me and went around the house with a tube of sealer and patched up all the cracks and some basement windows just as I told him. So our basement (doubling as my workshop on weekends) remained nice and watertight. Too bad the power went out and I wasn't able to work on my projects, but that's a minor problem that I can live with.

PS: With the power outage, most security systems were down, but
surprisingly there wasn't much looting. At least there isn't a word on
any in the local news. So that's also good.
I did however have an idea
of putting signs around town saying "Looters will be shot", but it
seems in the end it wasn't necessary. The storm was just too nasty.

Glad to hear your still alive and have your power back and that you made through the storm with too much damage.

Something Something Dark Side
Todd the archer

Yeah we had lots of rain but fortunately no water in the basement. Glad to hear everyone is okay.