As the new James Bond movie has been released recently, I thought it is time to make a "007" slingshot.

It has to be a pistol, and it has to be small of course. I settled for arrows as those can be poisoned and are therefore potentially lethal, even without great power. But if course it has to be powerful enough - not so easy with such a short draw length!

So I settled for the smallest arrow shooter I ever came up with, and did a few sketches.
This is also a good example how my "blueprints" usually look like - I am really not a very good engineer. 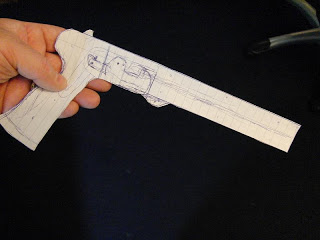 I cut out four pieces, twice from 9mm Multiplex (plywood), and twice from a 3,5mm thick MDF backpanel from an old cupboard that was in the trash. 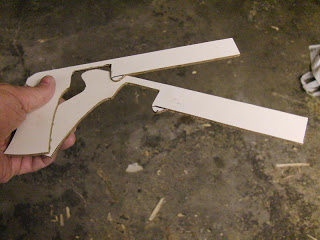 I then sawed out the slots for the string, and glued the thin MDF boards in so that they would hold the arrow perfectly well. 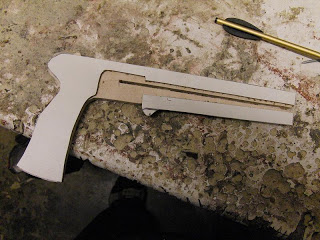 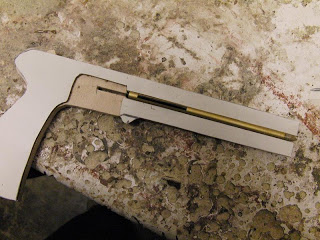 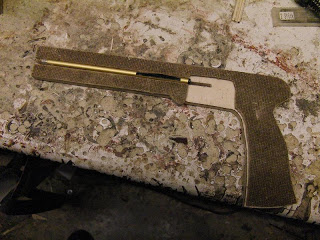 This makes a perfect "barrel" without the next-to-impossible task to drill a straight hole through the entire weapon. 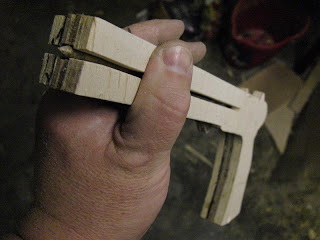 Next, I sawed out the "fork". This is made to hold tubular bands, looped, with the knot-in-tube attachment method. The paired 5mm holes at both fork ends are for the paracord that will later hold the tubes. The larger holes to the left and right of the "barrel" are for the cocking device - this needs extremely strong bands, you can't draw those with your hands. 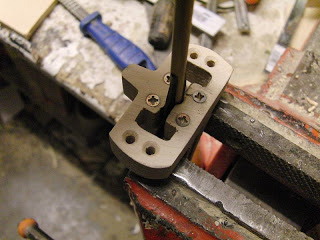 Next came the trigger/lock part. Sawed it out of Multiplex, thinned it down to 7mm. It always amazes me how strong that material is! It easily holds 115 lb draw force. Of course I stabilized it with screws so the layers won't come apart, and also I polished the sear so the string won't chafe badly later on. 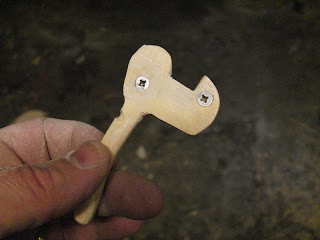 This trigger is easy and works great. You just have to make sure the joint is in line with the string, then the construction does work even without any spring or rubber band - the draw weight alone keeps it in place. 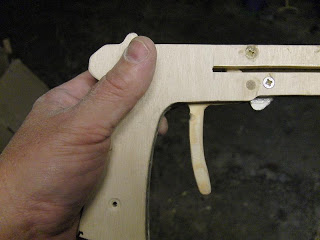 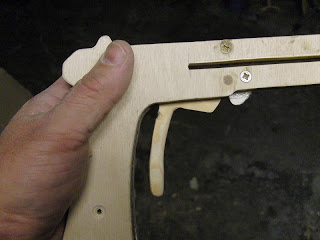 After everything was functional, I made the cocking device - a fork that you push in from the muzzle, then you lean against a wall and press forward until the sear engages. 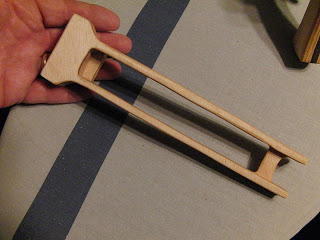 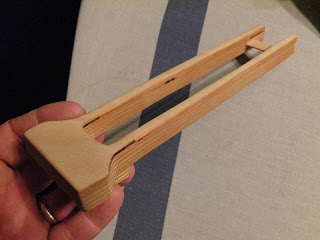 Then the rounding and the finishing - linseed oil. I banded it up with Thera Tube Silver, doubled of course. 115 lb draw. 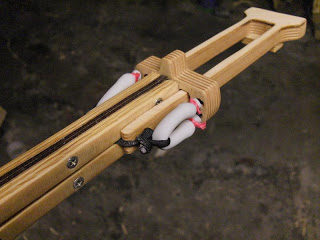 It shoots fantastic! This only weighs 280 Gramms (0,6 lb), loaded including the rubber and arrow. It actually shoots as hard as my commercially made crossbow pistol - but it is much smaller. True James Bond style.

It is also very very accurate - thanks to the barrel that guides it perfectly well. 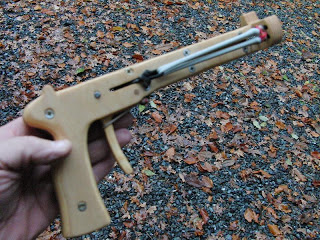 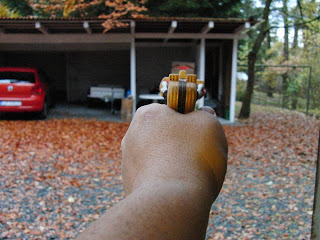 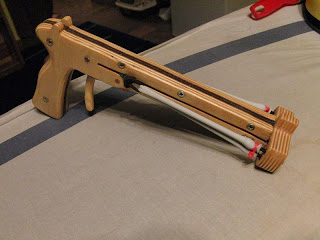 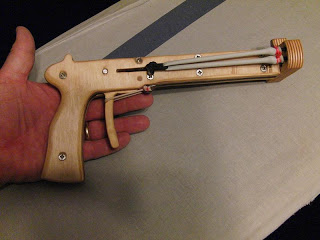 This may be the cutest little slingshot toy I made so far - I am really happy the way it came out.
Todd the archer

Looks great! Where is the video of it in action?

Joerg, you have to be one of the most creative people I know. You never seem to run out of new ideas.

THIS I really like, for a non-bow/non-chemical projectile weapon. May become a new addition to my onboard arsenal.
Dulox 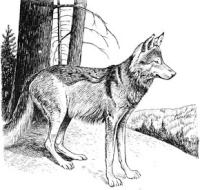