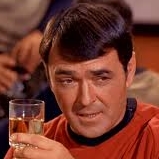 Hey, guys.  I'm Scott.  I've been interested in anything that launches a projectile since I was a kid. Modern guns, muzzleloaders, air guns, bows, or slingshots.  If it shoots, I like it.

I've long had a minor interest in crossbows, but it wasn't until just a few months ago when I purchased my first Man Kung that I really caught the bug.  I now have two of them and am having a blast shooting them, but, as seems to be the case with anything I take an interest in, I find myself becoming progressively more interested in earlier versions, in the history behind them, etc.  I've always been something of an antiquarian, and I tend to start out with modern versions of things because they are generally more readily available (and often inexpensive), but I soon find myself studying the history of the objects and falling in love with their historical counterparts.  I love my modern crossbows, but I now have a strong urge to acquire something more historical, and perhaps even build something of my own.

Welcome, while some here do build modern style crossbows (me included) there are lots of us that craft older styles as well (me included again) so you are definitely in the right place. Feel free to ask questions, we will do our best to help you out.

Scotty there is a lot to be said about ones own creation ......... hard for many to critisize.... whose to say you did it wrong if you did it the way you wanted .......... sometimes the world can get too hung up on historical correctness and perfection (which is ok for some and takes the fun out of things sometimes)

Thanks for the welcomes, guys.  You're right about the historical hangups.  I've run into that on other forums, particularly involving muzzleloaders.  I like new and old and see no reason not to combine attributes of both.  I've seen a couple builds here where a medieval style tiller is mated to an MK or Poe Lang prod, for example.  That's perfectly fine with me. Mixing and matching can lead to some interesting results too.  It's all good in my book.

» Howdy from Arizona
» Hello from Arizona Terr.
» Hi from the great stinking desert of Arizona!