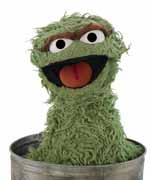 Hi folks
Earlier this year, I discussed the possibility of using a crossbow to launch golf balls. Well, I have constructed one using one of those cheap "rifle" crossbows for donor parts.

Its very simply constructed from a piece of 2" aluminium box section and I didnt spend a lot of time on fine finishing since it is a development project and will probably require modification. As expected, its not very powerful, parly due to the low draw weight, 120 pounds and the fact that the balls are fairly heavy compared to bolts. Accuracy is acceptable at 20 meters but I havent tried to shoot further yet. At the moment the balls are a loose fit in the "barrel" but I will add shims which should improve accuracy. Since these photos were taken I have added a foregrip and made the stock detachable.

It looks like a bit of a beast but is no more awkward to handle than an ordinary crossbow. It reminds me of a grenade launcher somehow! 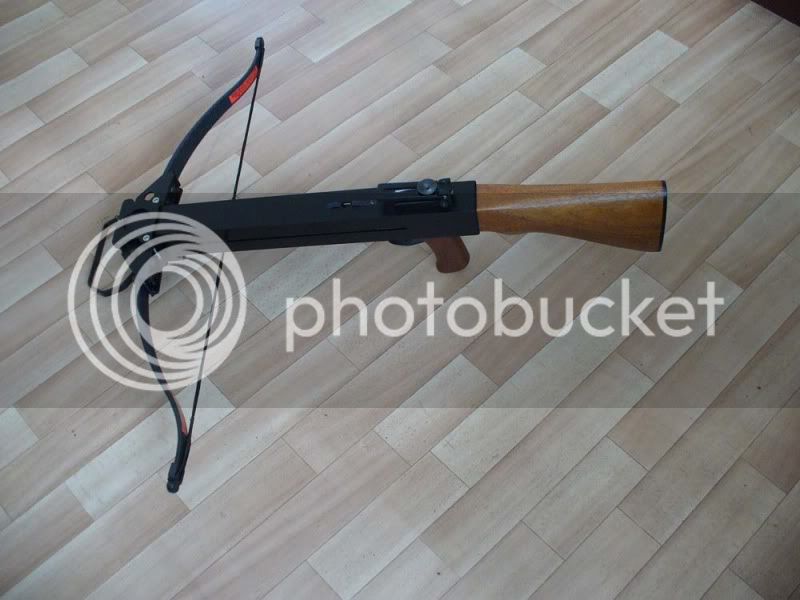 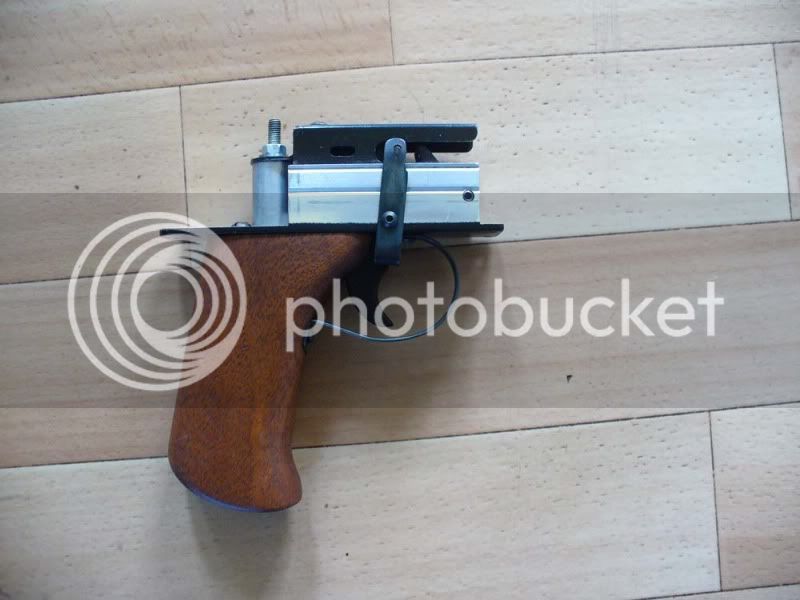 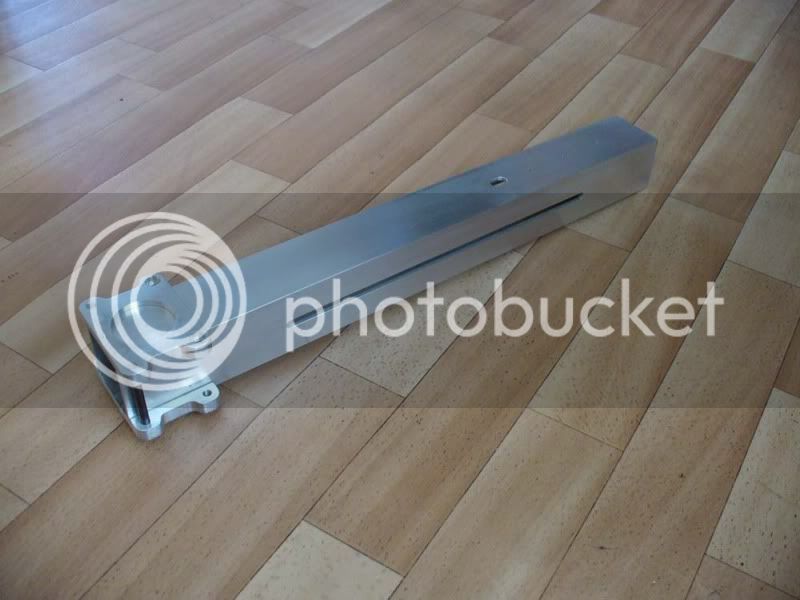 ooh fun. I could get behind this version of golf, and finally a product that may cure my horrible slicing problem.

Now just need to make one for putting

Something Something Dark Side
Geezer

There's a rich history of crossbows made to shoot various types of balls... back in the middle-ages, there were stonebows, fitted with doubled-strings and pockets (like a slingshot) for shooting baked clay balls at small game. Later bows shot (more safely) from slotted barrels. These are usually referred to as 'bullet bows' and often shoot steel or lead shot. Bullet-bows remained popular in England for small-game hunting at least until the mid 19th century, when they were eased out of business by .22 rimfire cartridge-rifles.
There are a number of adaptors for converting crossbows to stonebows, albeit with a certain loss of efficiency, and I have heard of medieval crossbows adapted as grenade-launchers in the trenches of WWI.
No idea goes entirely out of fashion. Geezer
Fred

Hi Geezer
I have seen photos of crossbows which were used to project grenades or whatever during WW1. Also, I have seen a photo of a home made one which was built by an American soldier in WW2 to lob grenades at the enemy. It consisted of a track made of angle iron set up as a v shaped trough and a prod made of a vehicle leaf spring. I suspect that they were as great a danger to the user as the enemy.