Here are scans of photocopies I made of a back issue of the Journal of Archer Antiquaries.   The bow is in bad condition, but there are so few wood crossbow prods that we have to rejoice in the ones we have. 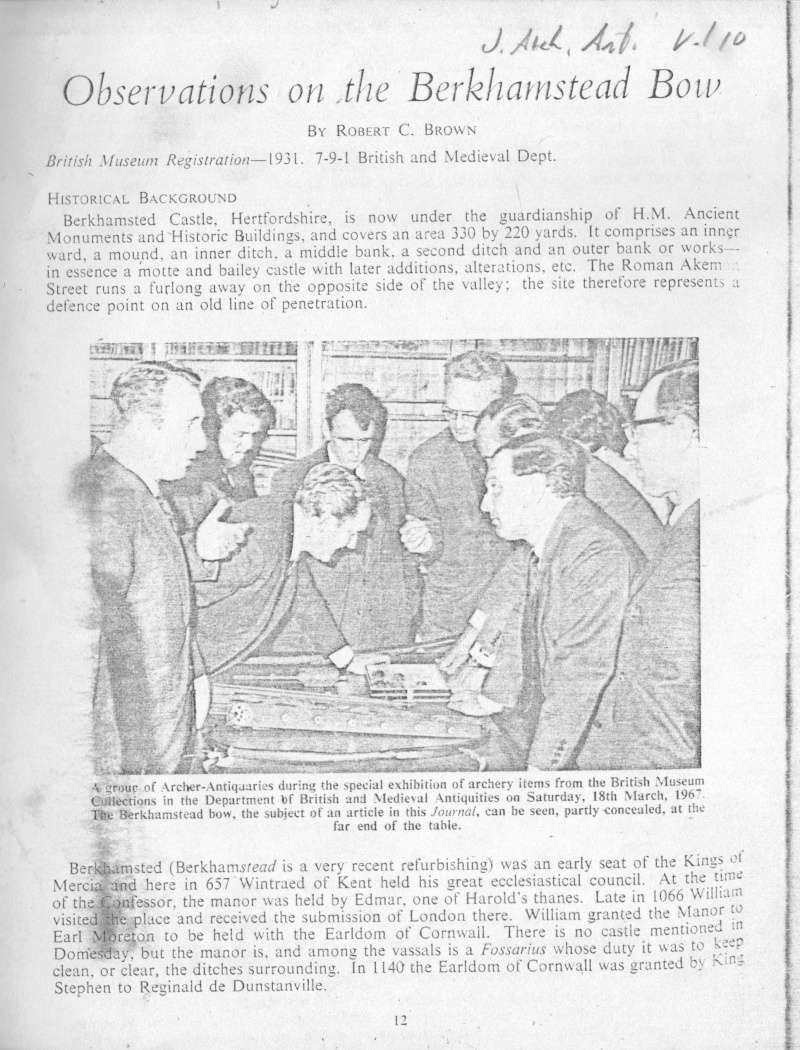 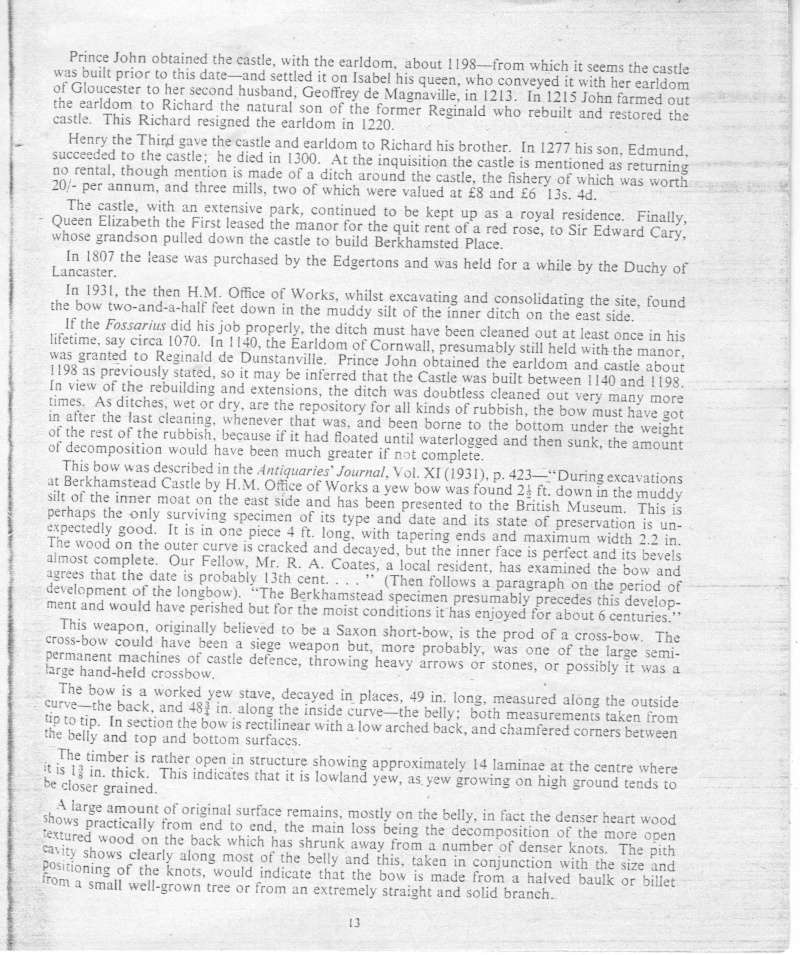 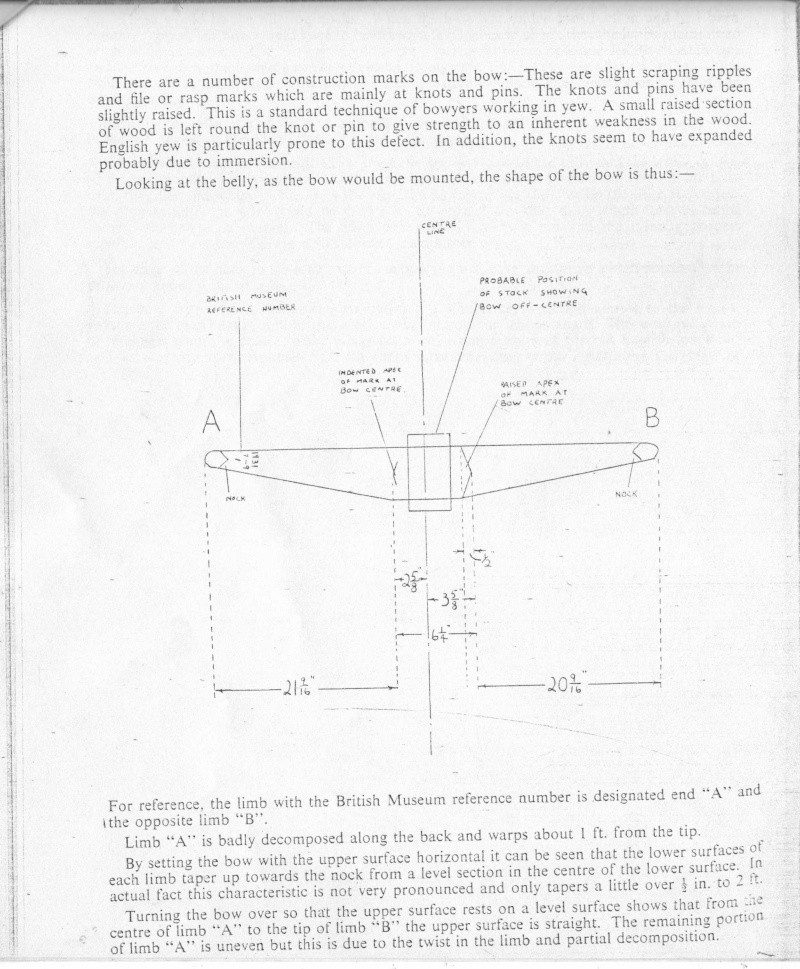 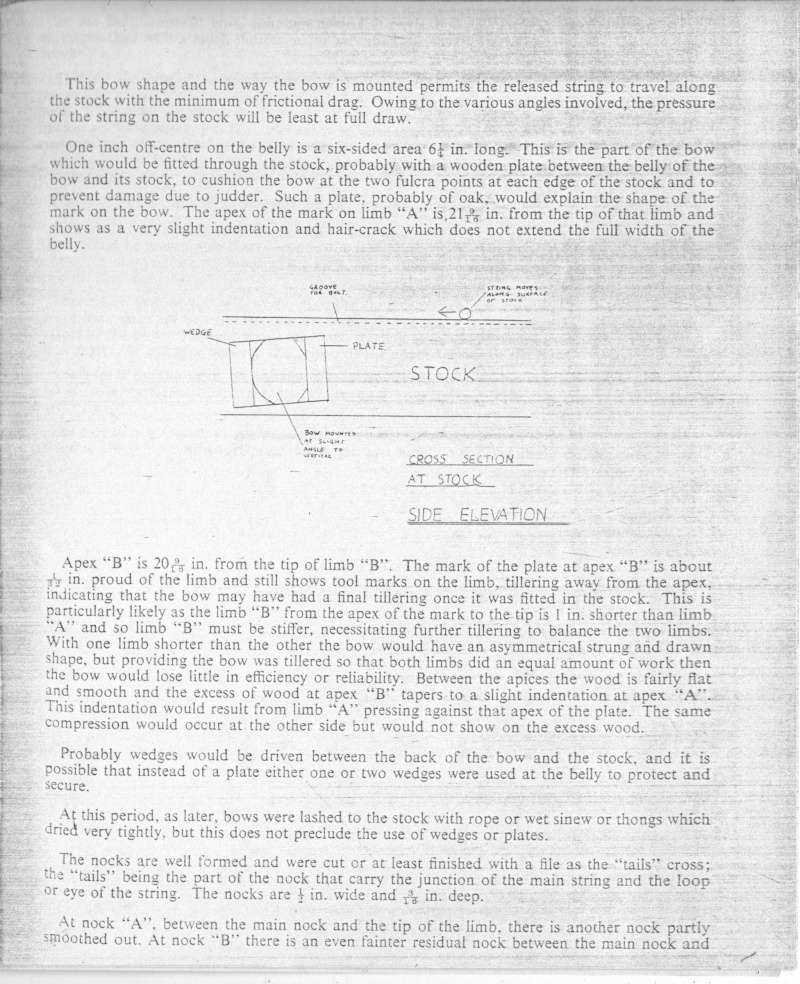 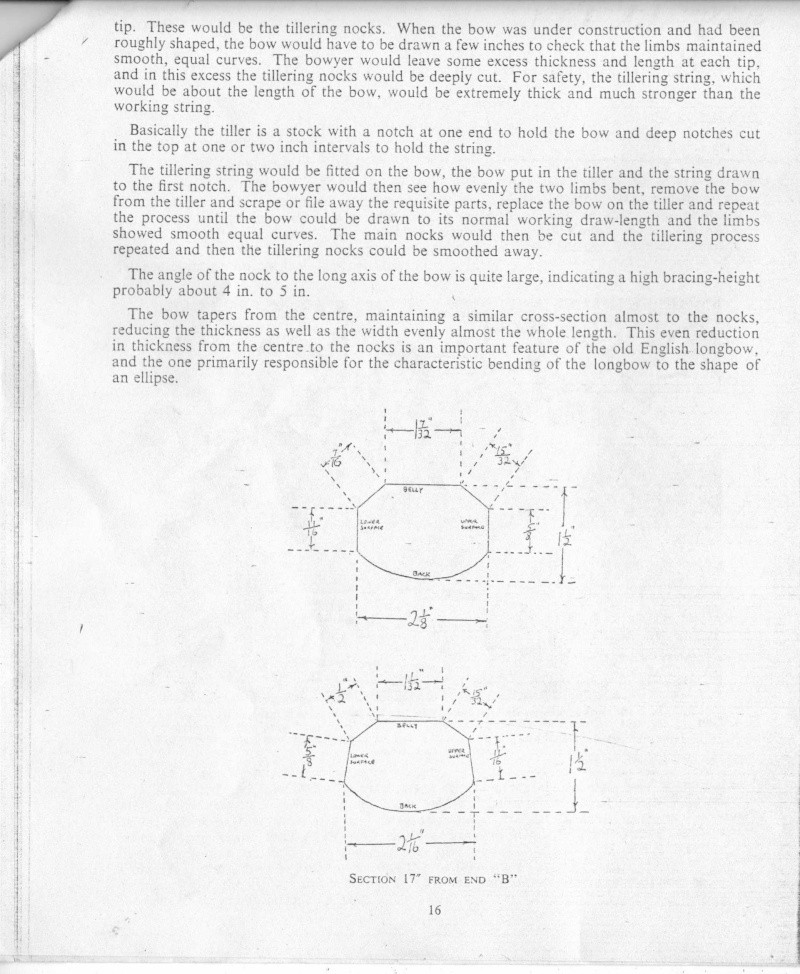 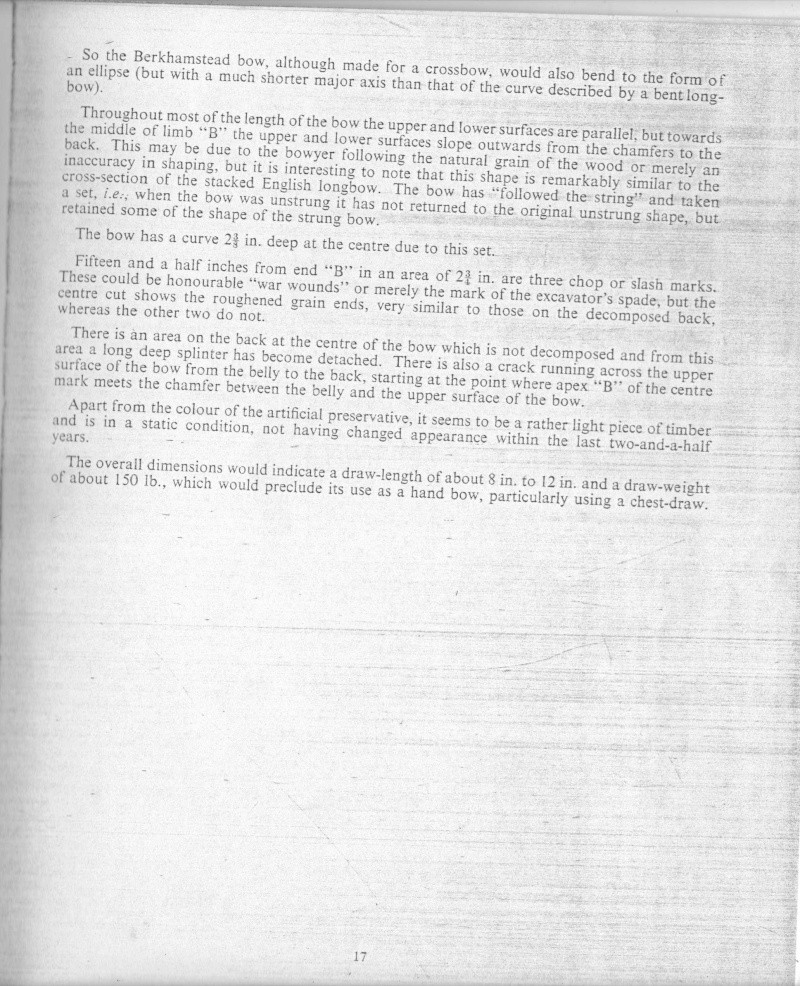 Hi Mac,
Had some time to look at the article - interesting to say the least.  And it gave me an idea; years ago in Wisconsin I was interested in native American bead work and found a small museum, the director, or whoever, of which, allowed me look at other artifacts that weren't on display.  Here in Brno we have a couple quality museums (as opposed to the one in Prague!) and I will try to be allowed to look at and measure perhaps any wood prods they have.  I haven't been to the museums for some time and don't remember if there are any crossbows even exhibited but I'm guessing if they have prods without the tillers they will not be on display.  I don't know, I would probably have to agree not to publish without their approval, whatever.  It will be a while before I am able to pursue it, however.  (I said I would be away from my computer for a few days - minor surgery.)

Apparently yew was used here (central Europe / Germany) as well as England for prods, apparently the best coming from Switzerland.  It has to be sold here but I've yet to find it.

Something that interests me is common wild rose (Rosa acicularis) very similar to blackthorn.  A year ago I made a walking cane from a piece; in it's 84cm length it reduces from 2.2cm at the top to 1.8 at the bottom and is surprising strong and resilient.  I have a piece drying from which I took the "bark" off right after cutting and it has developed a number of cracks along its length.  I have another still with its bark and hope it will not crack to such a degree (it's been drying about nine months).  I suspect once I have experienced the beechwood I will be tempted to try it.

I saw mentioned in the Ham . . . article that it appears that two sets of nocks are there and the writer(s) surmises that the second set was for tillering.  My question, do you tiller from an additional set of nocks?

Again, I appreciate very much the article you posted.  AND, I went to your armory website and was honestly amazed - you are an artist!!
kenh

The second set of nocks isn't for tillering, but for a 'bastard string' to draw the prod back in order to string it with the functional string. You would not want to keep a wooden prod strung permananently, the way we do with modern composites.  It would develop significant 'set'.  So after a day of use, or a tour of guard duty on the wall, the prod would be unstrung.
mac

As Kenh said, outboard nocks are used for the bastard string.  O suppose it's possible that they were also used for the tillering, but I don't see the advantage to it.


It would be helpful to see some good pics of the ends of the bow.  If I understand correctly, the British Museum is willing to sell nicer pics than the thumbnails they have on their site. http://www.bmimages.com/results.asp?txtkeys1=berkhamsted+castle

Perhaps someone in or near to London might take some pics for us.....?