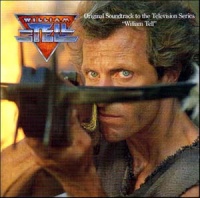 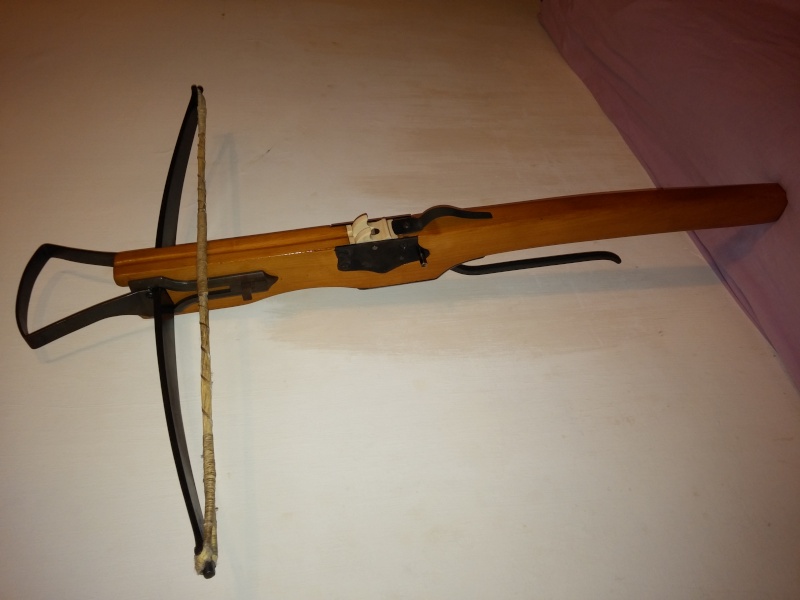 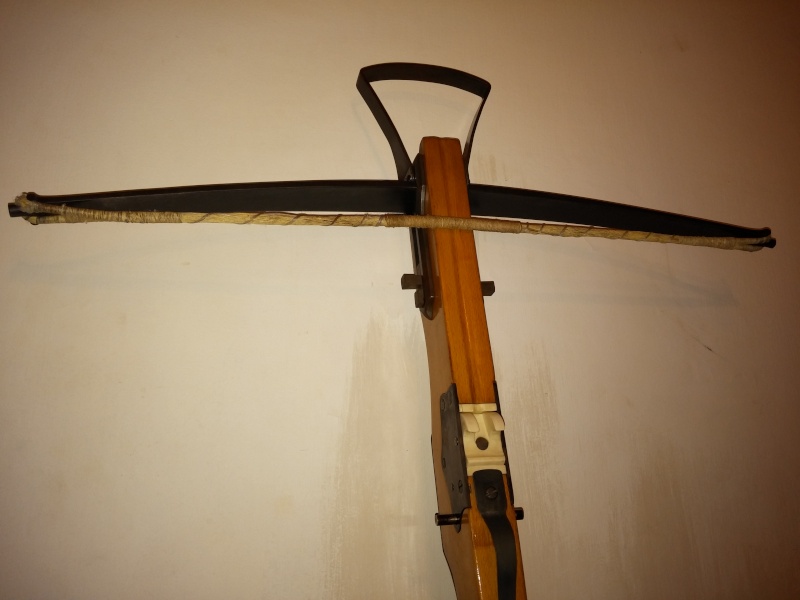 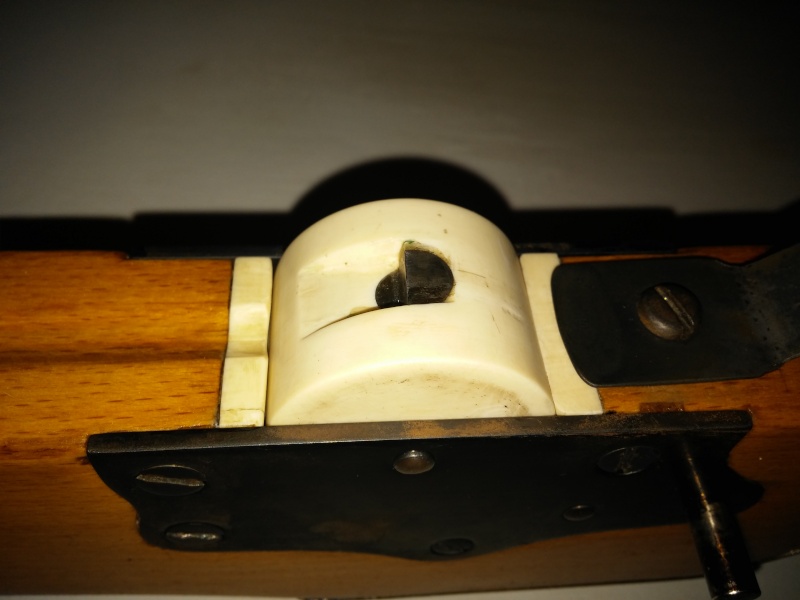 Nice job! Bet that cost you an hour or two

Outlaw:  your work is very clean and professional.  I'm impressed.  Your bowstring is  getting a bit long and I see you've got a lot of twist.  May I recommend you go ahead and make a new string about 1/2 in. shorter?  Sooner or later this one is going to reverse itself and leave you looking silly.  Still, your work is beautiful and you have every reason to feel proud.  Geezer.
Outlaw

Actually not mine Geezer, Mepilot1 gets all the credit for that one.

Nice job! Bet that cost you an hour or two

Yeah, right ) About 2 weeks - only this upgrade, and about a year - the whole project. I started with no knowlegde or experience in building crossbows, with practically no tools, that I started to buy in process, and its only a hobby, so it took a while...

Thank you guys! This is the upgraded version of this https://thearbalistguild.forumotion.com/t1390-my-homemade-flemish-crossbow
The old version had a black delrin nut which I wasnt satisfied with. Besides, the nut was holding only on the axle, there was no socket. Now, I added a socket and made an axle more thin, so that the nut with all its pressure rests entirely againts the socket. The only function of the axle now is to stop the nut from flying off. These new parts are made of material called elforyn, which I highly reccomend. Its a substitute for ivory, but is also very much looks like antler. I have a piece of real antler and I did a comparison. It also has nice mechanical properties. So for all of you who struggle to find antler big enough, use this or similar material. The white delrin is too damn white, and looks like the inside of refrigerator

In fact I think its the same material ) So obviously its too modern for medieval crossbow...
Second thing is I changed the form of a trigger so that it became more "historical accurate" and pretty )

I will soon complete my quiver and post the pictures of entire set: crossbow, gafa and quiver with bolts )

Thanks for an advice, but I think thats not the case (maybe the photo illusion). The bowstring is tight just as it has been, when I first installed it. And there is a very slight twist, that occured accidently during installation of the string on bow. By the way, I found out that the best way to make bowstring is to:
1. Bend the bow a bit using some mechanical device
2. Wrap the thread of string around bow's "ears" as many times as needed to achieve desired thickness.
3. Make the 2 protective wrappings in the center of the string. Then simply shift by rotation the whole string so that the wrappings will be on bow's edges, or "ears".
4. You can release the bow now, it will tighten the string and nicely distribute the threads inside.
5. Make additional wrapping in the center, now binding together all 2 streams of string. This central wrapping will protect bowstring from the nut and bolt.
So you basically make your bowstring right on the bow. This way you absolutely dont have to worry about miscalculating the proper lenght of your bowstring, and whoever dealt with this stuff knows that its a problem...
P.S.
Although my native language is russian, I do hope you will understand and it will be useful to someone
Onager Lovac

Your english is spot on dude, awesome crossbow, i have my hands full right now making furniture but as soon as im done ill start making a couple of crossbows myself, one all natural with a wooden prod, trigger and rope stirrup and one with a metal stirup and trigger, ill probably have them finished by january next year

I hate to be a stick in the mud here but, I searched out Elforyn. Seems that is a prouduct used in the making of pool balls and such. The  company I read on  was "Joe Barringer" who is a leading expert in the manufacture of pool and related equipment. He says," poor quality control in the making of elforyn leads to unexpected results. "Not to be trusted ".I'll take his word for this. Just saying. It's a shame too,cause the stuff machines nice.
Geezer

Thanks for the headsup from C Sitas.  The Elforyn looks very attractive, but I'm not flush enough to drop $70 on a chunk of it on the off chance it could work out for crossbow-nuts.  I'll keep my ear to the ground though.  The appearance is just right!  Geezer.
c sitas

Right Geezer; Funny thing though , the tensile is way up also. Nother thing, seems no one else says bad about it.Seems this company had bad come backs  and they traced things to the product. Bet i've read 7 or8 different places and no one else says anything bad.It's pricey though also.
MePilot1

Well, before I ordered it (and its indeed costly) I checked the mechanical properties of the material posted on their website. And found out that it's almost equal to the properties of delrin. Also its made in Germany... ) Of course I already shot my crossbow and it works fine. I hope it stays that way )
c sitas

Hey Me< I think the properties are better than delrin. I 'm thinking maybe that there was a bad batch or something. I wouldn't be afraid ,just on guard. You do have a beautiful bow , no doubt about it.
Onager Lovac

I once made a ring out of a cue ball to shoot my bow mongolian style or korean style, it helps you hold the string with your thumb, i hadnt though about using them to make crossbow nuts, until now

Very nice, MePilot! Just out of curiosity, what is the brace height of your string?
Gnome
MePilot1

U mean the distance between the bow and string? About 55 mm or 2,2 inch. On the real historic forged bows its much bigger, but this one is cut from spring leaf, so...
kenh

The material of the prod (old leaf spring, forged steel, fiberglass, etc), by itself, should not have any bearing on the brace height.
Gnome

Yeah I think you'd be happier with a shorter string, bringing the brace height up to at least 75 mm. You'd not only decrease the chance of a string reversal, it looks like your prod is mounted with plenty of margin to decrease the downforce  of the string on the tiller but still be in contact.
Gnome
Geezer

Thanks for the advice, Gnome and Geezer, although I didn't  understand at all what you ment in your message

Could you paraphrase it?) I followed your advice to some extent, but for my own reason. I had a little problem with my gafa. It's "legs" coudn't comfortably reach the axis on which they rotate, after the "claws" grab the string. Now with the string being closer to the nut, this is solved.

This is my bending device and the bow (note the slight V shape of the bow): 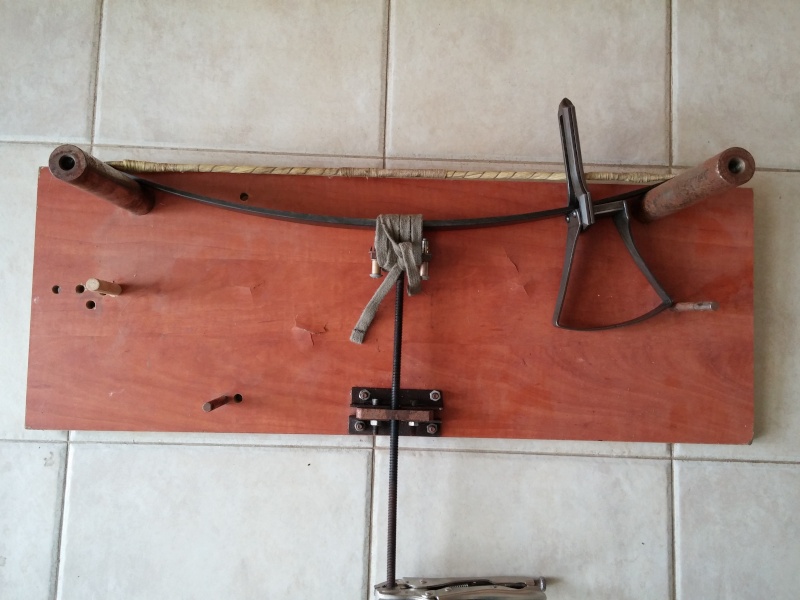 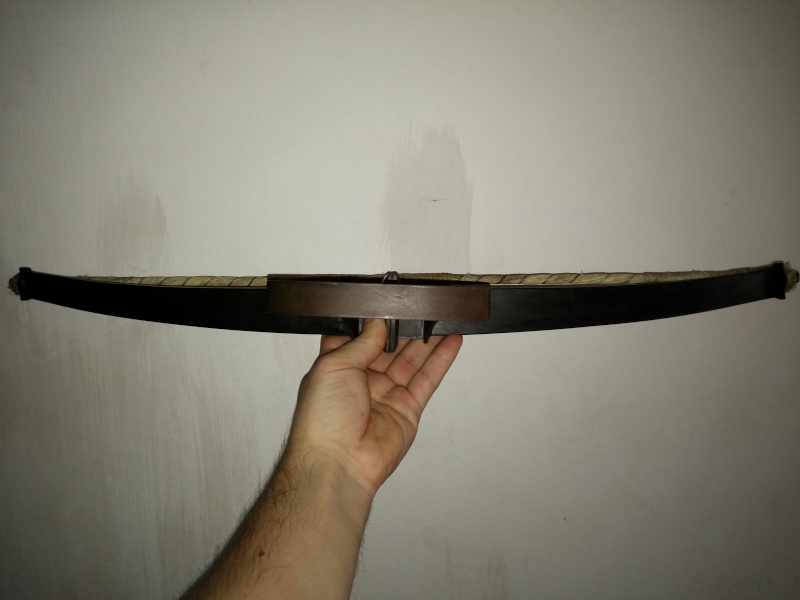