» Troubleshooting
by stuckinthemud1 Today at 9:13 am

I'm seeing "Prince Of Persia: The Sands Of Time" in an about an hour with my son.

I've seen the trailer and there's some ancient crossbow content in the movie.
They look like medieval cross bows but this movie is set in the Persian empire times.
It should be interesting to see what designs they have used in the movie.

OK... The movie was great. Good family entertainment. My son is 14 and he enjoyed it very much.
I did also. If your liked the Pirates of the Caribbean movies then you'll like this movie too.

The crossbows were interesting to say the least. As far as I could tell there were two types in the movie.

A heavy version. Which shot bolts as thick as broom handles.
They used two of these crossbows to create a ladder for the Hero of the movie to climb over a wall.
The scene was well done but as soon as I saw the crossbows I could help but feel they were a bit "ahead" of their time.
These were spanned with a metal "jack" with a cranking handle operating on metal teeth.
Similar to a medieval spanning device and as far as I could tell they had a metal prod.

So all in all not very realistic considering this movie was set at the Height of the Persian empire. (About 500 B.C.

A light version. This one was probably more authentic for the time because it had a compound prod.
It looked like it could have been made from strips of horn or wood bound together to create the prod.
These were hand spanned and you got a pretty good look at the Persian soldiers spanning and shooting them.
They were much larger than most Medieval crossbows.

The triggers on both were similar. Very simple lever and I'm guessing roller type release but you don't get a very good look in the movie.

As far as I know the Persians didn't have crossbows. Although they certainly had Archers.

Does anybody know for sure?

Getting a little late here, but I "just" saw that movie...KICK ASS!!!

I also thought that the "heavy version" looked pretty interesting...not as much the bow itself(it did look like steel

), but the cranequin used to span it actually looked "built-in"(indeed looked futuristic for the time...still cool though), we'll have to take another look to be sure.

Cossbow scene (1:20)
Lets try to get a few screen shots of these weapons up for dissection. I'd love to take them a part with you guys.

Took me a little while, but I finally got some screen shots snapped. 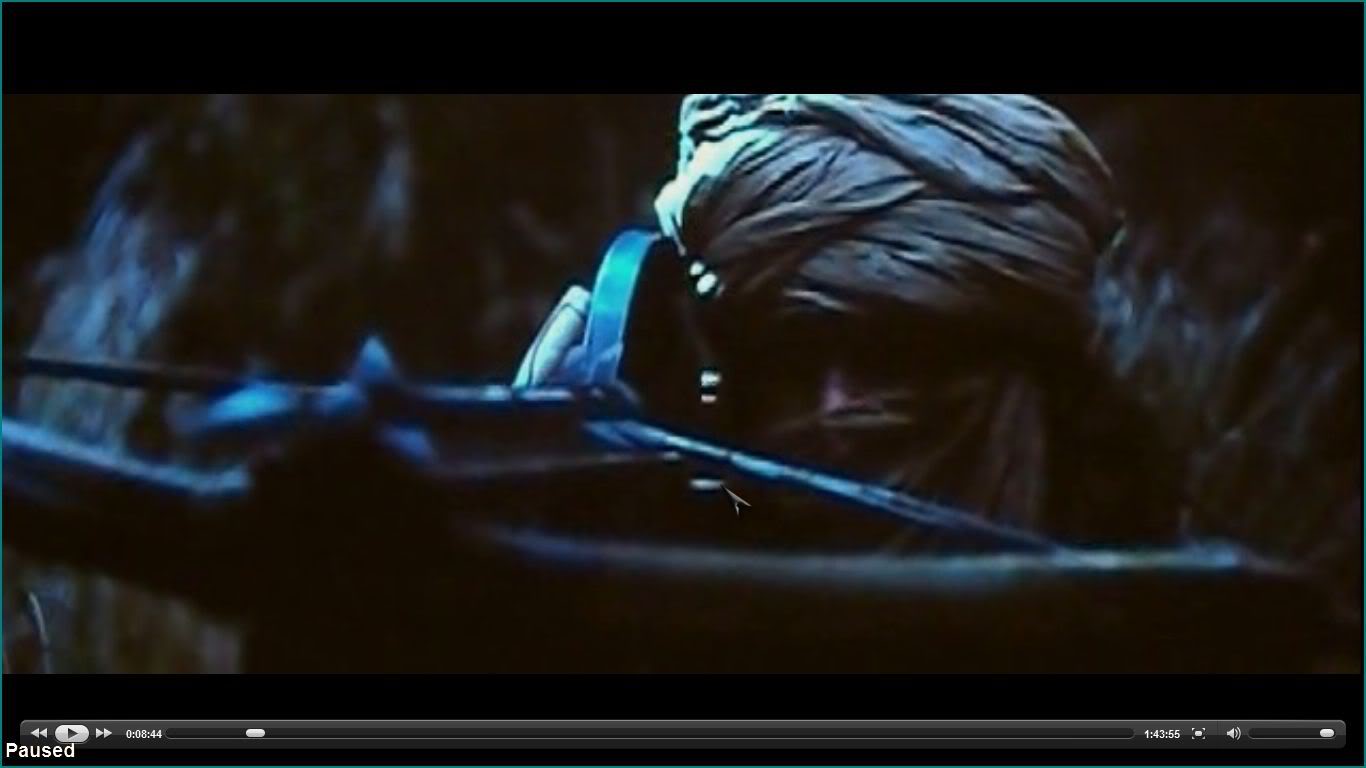 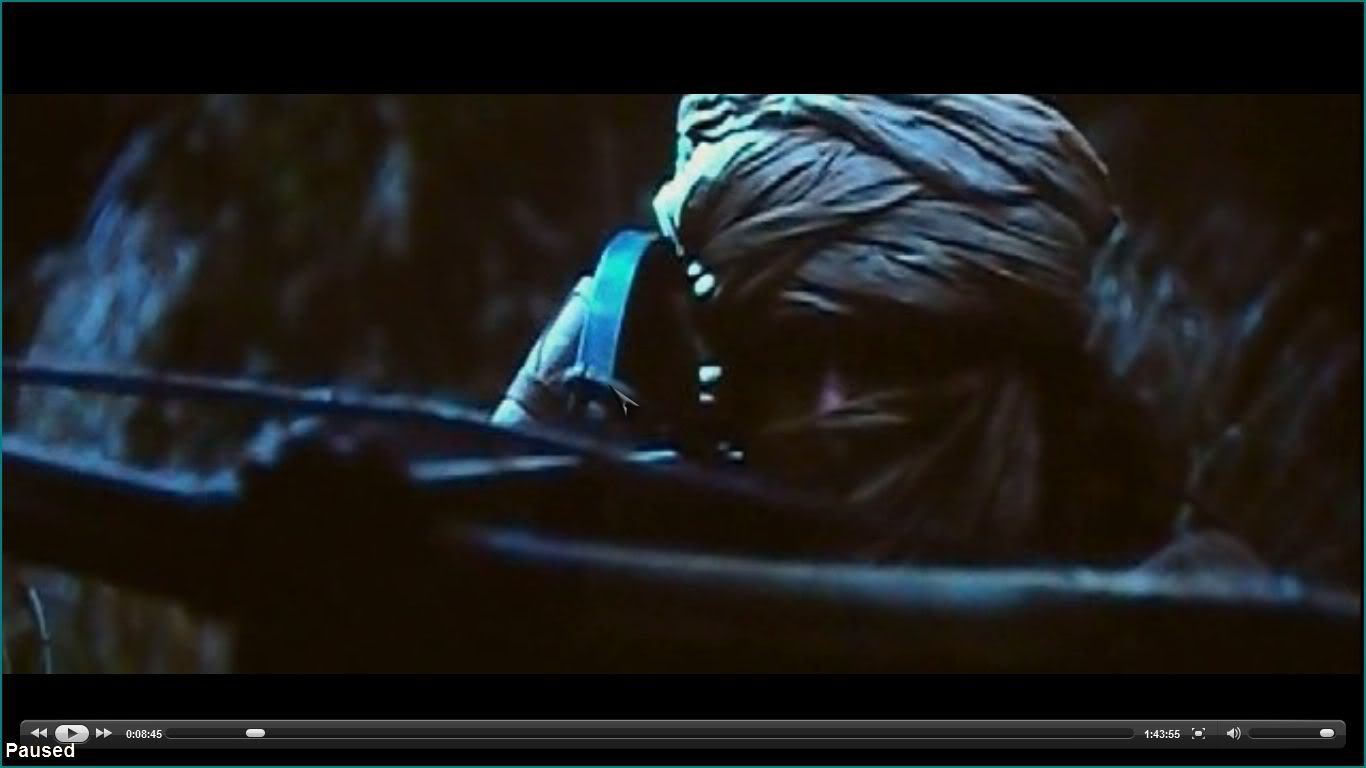 Clearly a broadhead tipped tripple fletch bolt with an archery or moon nock.

And about them brooms sticking out of brick walls...perhaps it's not a joke after all.

PS:One snapshot I forgot is where the guy grabs the bolts right at the nock...ridiculous

I was thinking about the movies I grew up with and got this one for you guys.

The entire movie is on Youtube, only broken down into parts...now compiled into a playlist by yours truly for your viewing pleasure. Cheers!

Philipe Gastone, a thief, escapes from the dungeon at Aquila, sparking a manhunt. He is nearly captured when Captain Navarre befriends him. Navarre has been hunted by the Bishop's men for two years, ever since he escaped with the Lady Isabeau who the Bishop has lusted after. Navarre and Isabeau have a curse that the Bishop has placed on them that causes Navarre to be a wolf during the night and Isabeau to be a hawk during the day. Navarre insists that Philipe help him re-enter the city to help him kill the heavily guarded Bishop. Written by John Vogel

Back in the topic with a crossbow "infested"

In the post-apocalyptic Australian wasteland, a cynical drifter agrees
to help a small, gasoline rich, community escape a band of bandits.

Aside from being an absolutely wicked movie that is both blood, fire, and a ridiculous comedy... it is also the home of the arm mounted crossbow! 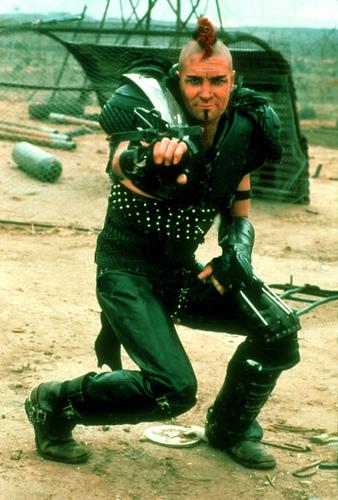 I couldn't get any decent screen shots of the thing, but it certainly looked operational and also seemed to have a sort of a spanning mech on top.

Inspired by the damn thing someone set out to build something similar.

» Is lightly/Crossbows.net still producing crossbows?
» New To Crossbows
» Another Newbie
» Hunting with a "self made" crossbow
» Bows v Crossbows