Good Day to you All,

I think it's right about time I started filling the forums people rarely use.

Recently
my lab decided it was too much of a hassle to get their castings done
at a separate facility and being a nice guy that I am, I will be
building a broken arm casting centrifuge station for them.

Yeh...one of these suckers VVV 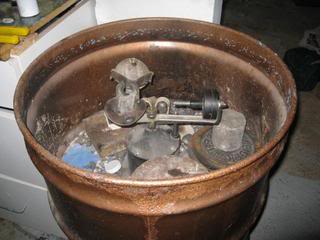 Those
of you who remember my "horsebow thumb ring" cast-along from long ago
on Bowyer's Den will surely recognize my rusty casting unit that I will
be cleaning and bringing back into service...starting with building a new base to replace that nasty 50gal drum.

So far these are the
materials for the base, with the base partially assembled. It's all just
duct work riveted together and bolted to a plywood disk to keep the
shape for when I will be filling the base with cement. 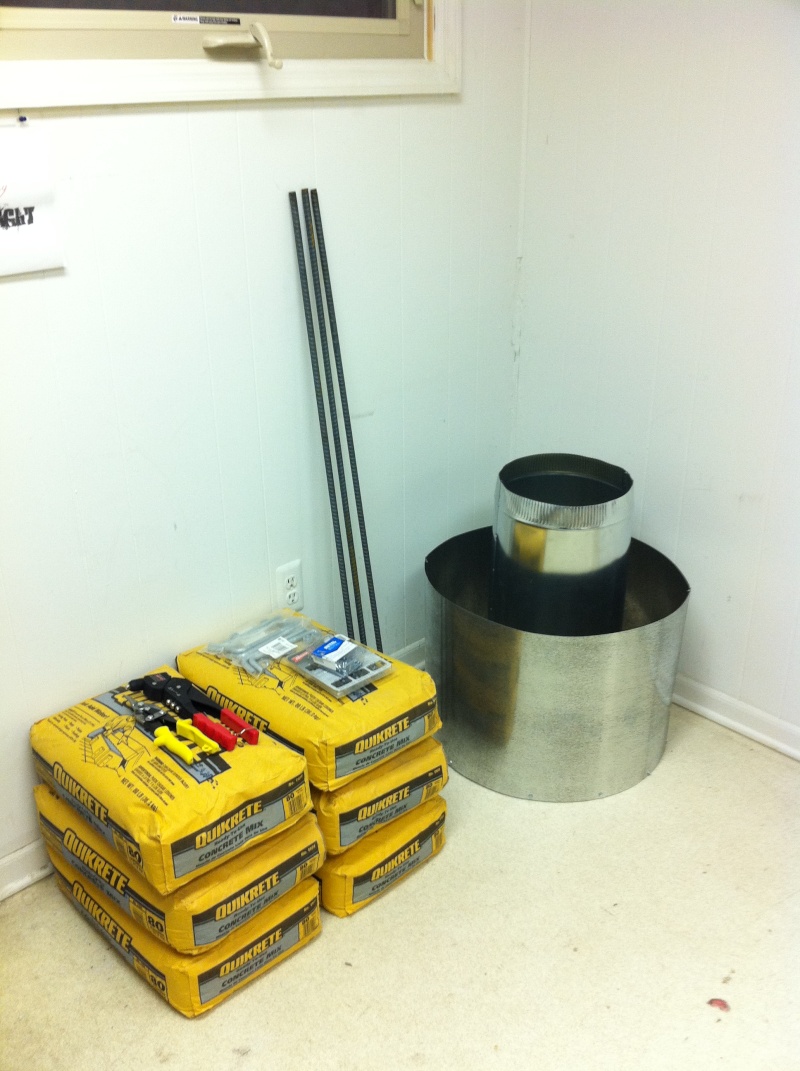 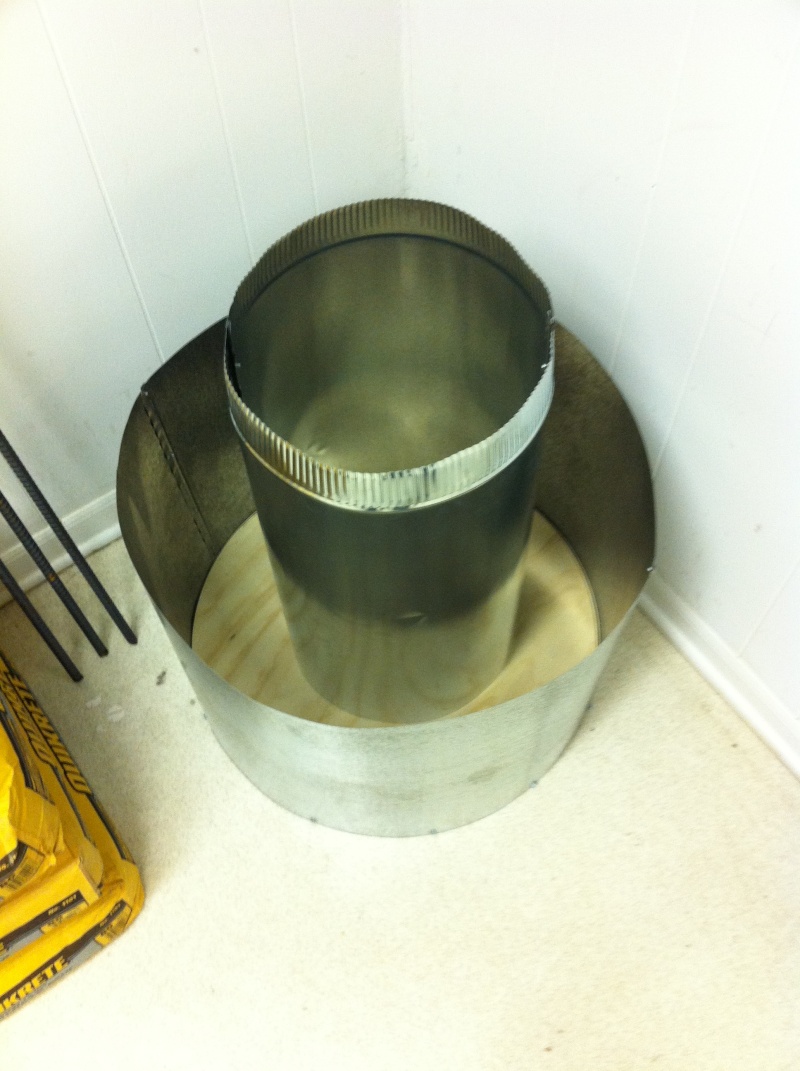 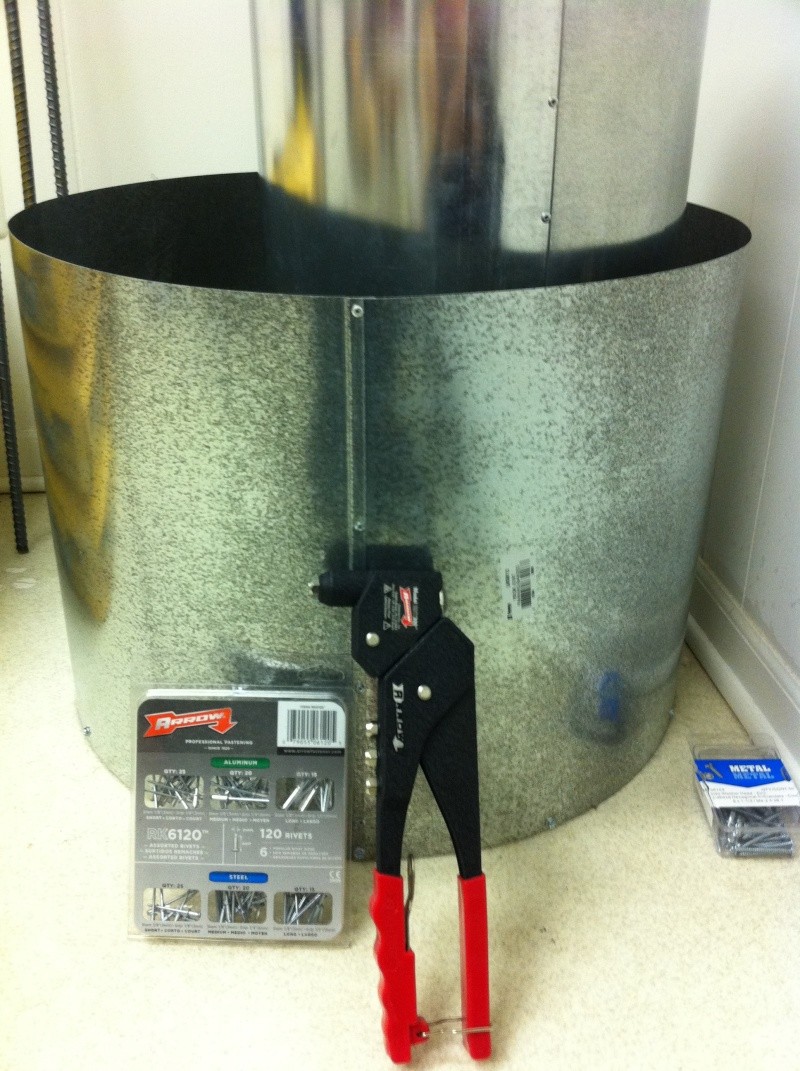 Any one think of using it for crossbow building?

Poured the concrete a few days back. 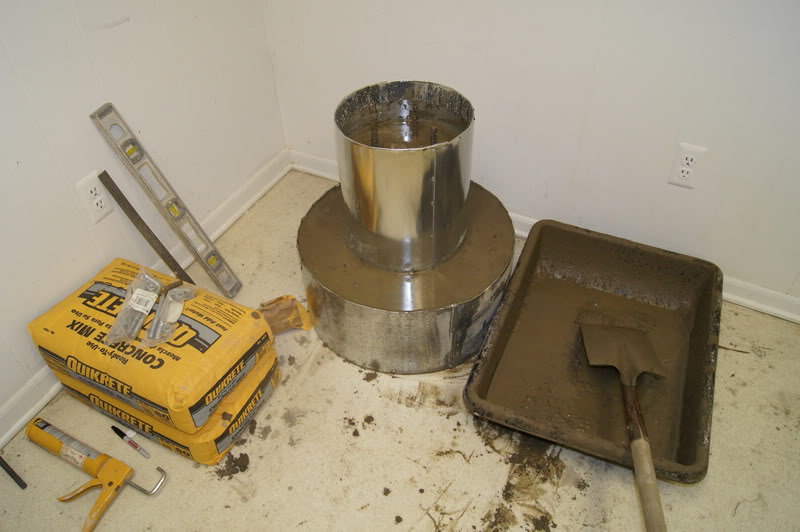 Everything is level and center 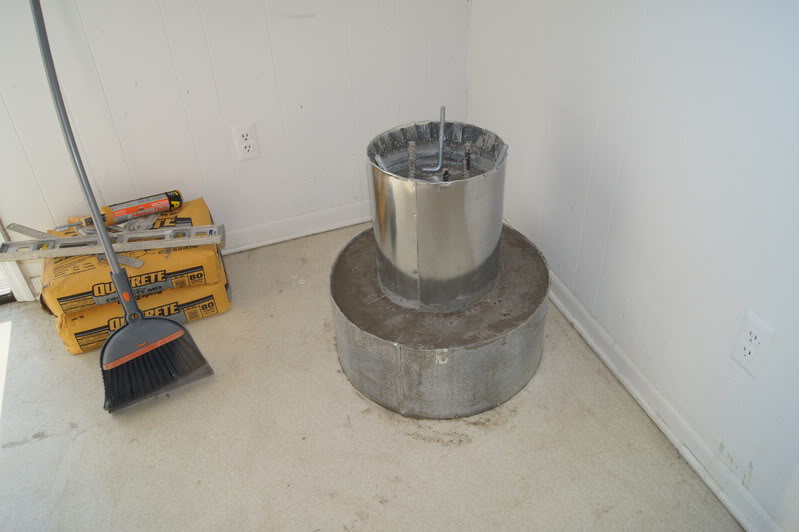 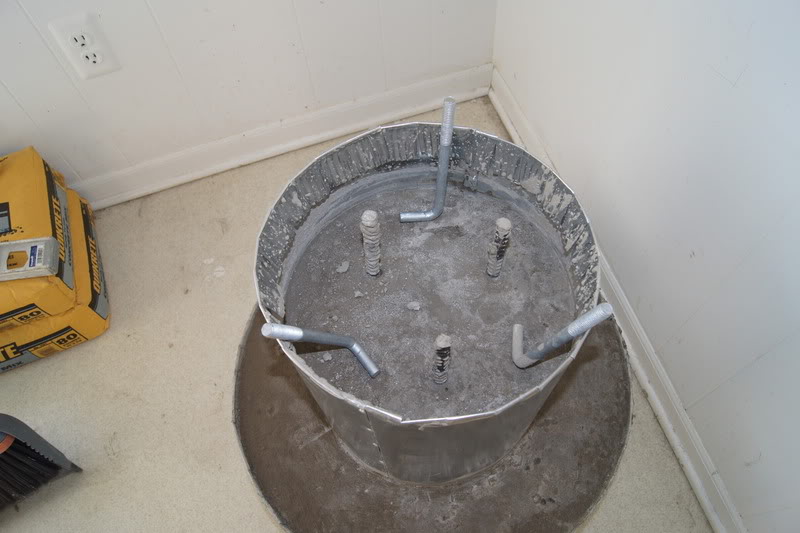 Hey thanks for the tutorial Ivo. I really am looking forward to more of this.

Yeh...I'm kinda living at work, so that's pretty much all I can post right now.

I kinda rushed with cementing the anchor bolts forgetting all about the diameter of the centrifuge housing. Will measure it tonight and see.

If wrong, I'll have to get medieval on it's ass with hammer and stone chisel...considering it's fiberglass reinforced concrete...I might be in for a treat.

Looking over the forum, I see so many great builds going on.....where am I? Damn it - stuck at work, that's where.

I haven't smelled the sweet dusty workshop of mine in a long time, and with the holidays that just passed even forgot I had a home for a while...Ok, done complaining.

Sitting at work does have some privileges - The casting machine is done...sort of.

I can cast with it, but there are issues that I'm still working out.

...so the lid is going to be left off for now till I figure out a solid way to raise it at least an inch.

Luckily my contractor friend stopped by and laughed at me a little - convinced me somewhat that the way it's standing (in the corner, between the bearing walls) I can make another one and put it on top of the one I built if I care.

...think I'll just weld up a box frame around it and throw a few sand bags in there, lol.

(reason for a metal frame - it's got to be all non flammable or fire dep. inspector will rip me a new one)

This is basically where I'm at right now...it works well, just a bit wobbly is all - shaking enough to make the tongs fall off the corner, but "functional" in every other way. Enjoy the flick.