So due to needing to re-string a crossbow I made a bow press. Figured I would show off what I made with some critiques to let others know what I thougth works and what needed an upgrade. And I should add it did work to get the bow strung. 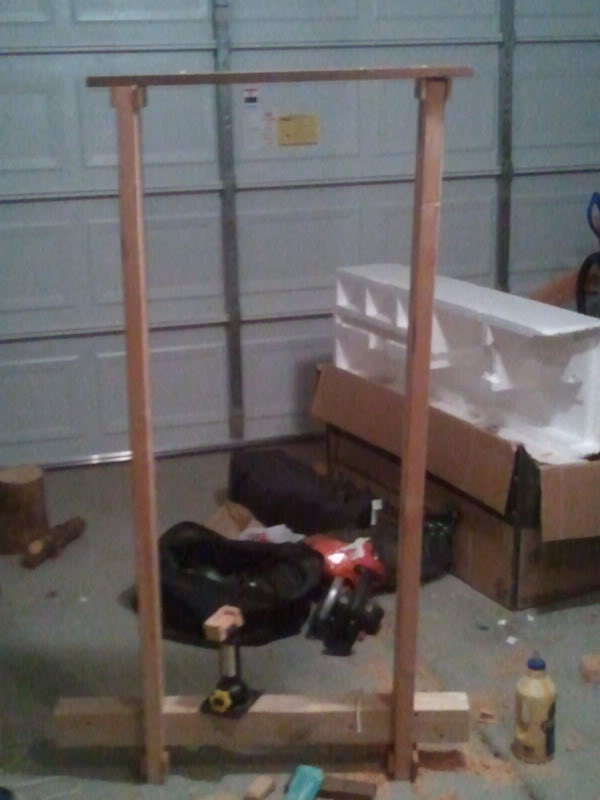 BOM:
10' cheap 2x6 cut in half for the sides
8' 2x4 glued joined to make a 4x4 base bar
random piece of wood for the top
bunch of screw
Wood glue
small posts for the top piece of wood. 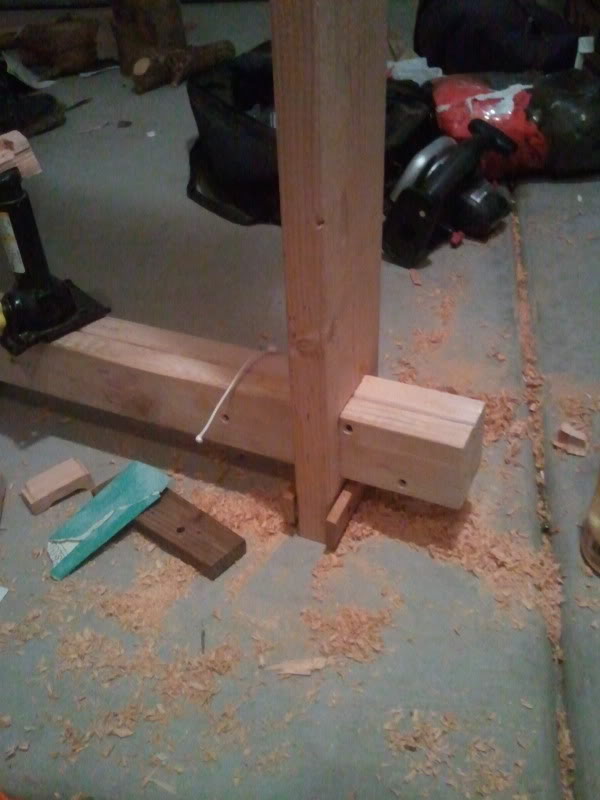 Base side detail
The sides can slide in and out to adjust the width.
The top is held on with posts so it is also adjustable.
adjust the width so so the crossbow sting just sticks out both sides. That will make the correct width. 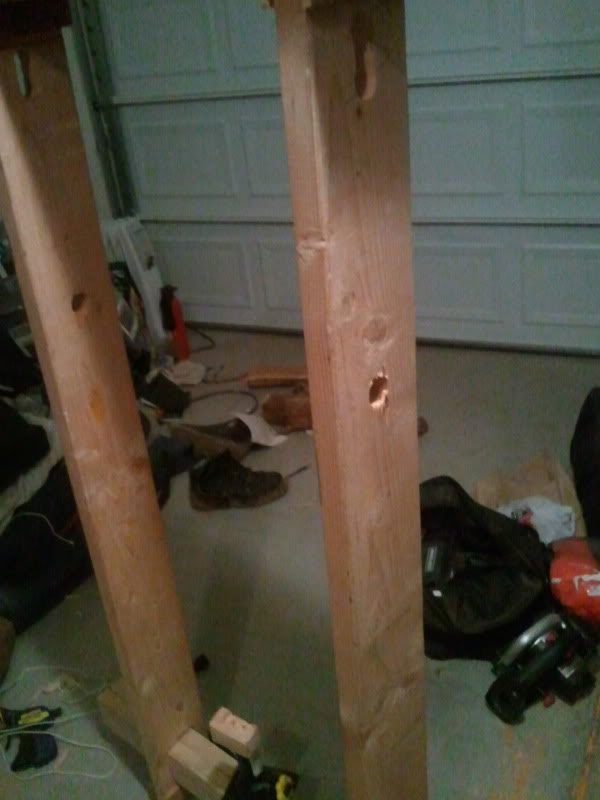 Side Detail
I originally wanted a slot to slide the prod into but my first placement was way to high so I had to lower it and just left it as a hole. It works, I will make it more of slot at some point in the future. Mk 1 was a little two short amoung other issues so I of course over compensated with the next design but total height actully works but the prod slots needed to be re-located. 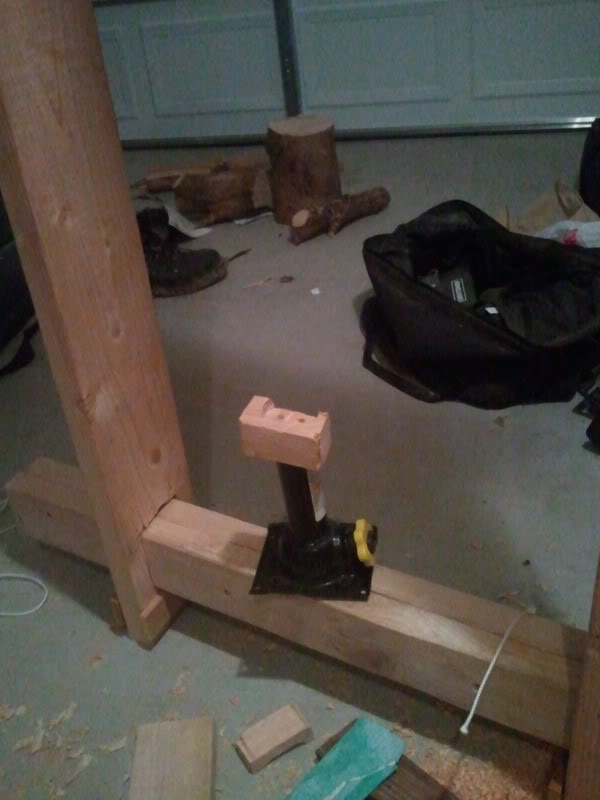 Screw jack with mounting jig.
I used a bottle jack from my truck. I had make an adapter that that fit over the jack end and the crossbow end to keep it togather. The adapter in the picture is after it broke when I dropped it. It worked great when used but couldn't take being dropped. If it wasn't a borrowed jack I would have bolted it down. Saftey issue: Don't stand in line with the crossbow and jack when under load. I had the jack kick out once before the I made the adapter and that was a bit scary.

So upgrades: Use oak or hard wood for the sides. The cheap 2x6 barely works.
Gettign a purpose use jack and bolt it in place.
Add a base of the sides so it is less wobbly.

Otherwise this worked and cost me less than $10 to make. That was becuase I had the glue and the screws and some spare wood.

Something Something Dark Side
jake-owa

Wouldn't this be more of a bow press than a string jig? When I think of a stringing jig I imagine the thing you use to make the actual string.

You make a good point Jake.

Great I now have to re-title the thread.

But now at least your comment won't make as much sense

Something Something Dark Side
mac

I am having trouble understanding how this machine works. Could you post a pic of it in use?

Here is sort an action shot. the sides can be move in or out depending on the crossbow. 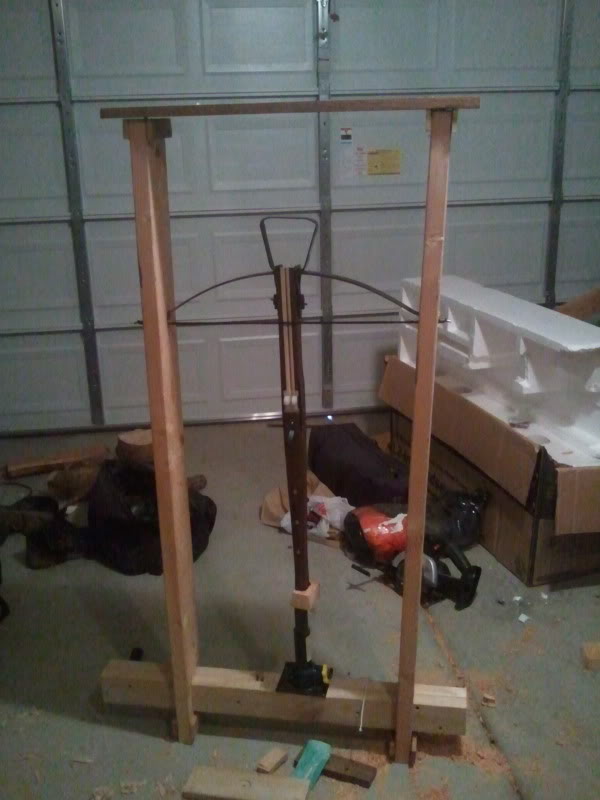 Something Something Dark Side
mac

Just saw a pipe bending jig that looked like a nice core to build a bow press. I will take a second look tomorrow but the one I saw looked like all I would need to do is change out the dished rollers for flat ones.
Price was just over $100 but what is time worth if you will be doing this regularly.
septua

This press just clamps to the bench top but leaves about 6
inches from tiller to floor It has a 2 to 1 pulley and a marine cam cleat to
keep the draw as desired. It is drawn down by pushing with my foot in the rope
loop. I like the 10 second from bow on to string off and vice versa. The
release is accomplished by yanking the rope from the spring loaded double cleat.
This setup only works if the tiller has some type of frontal ring. 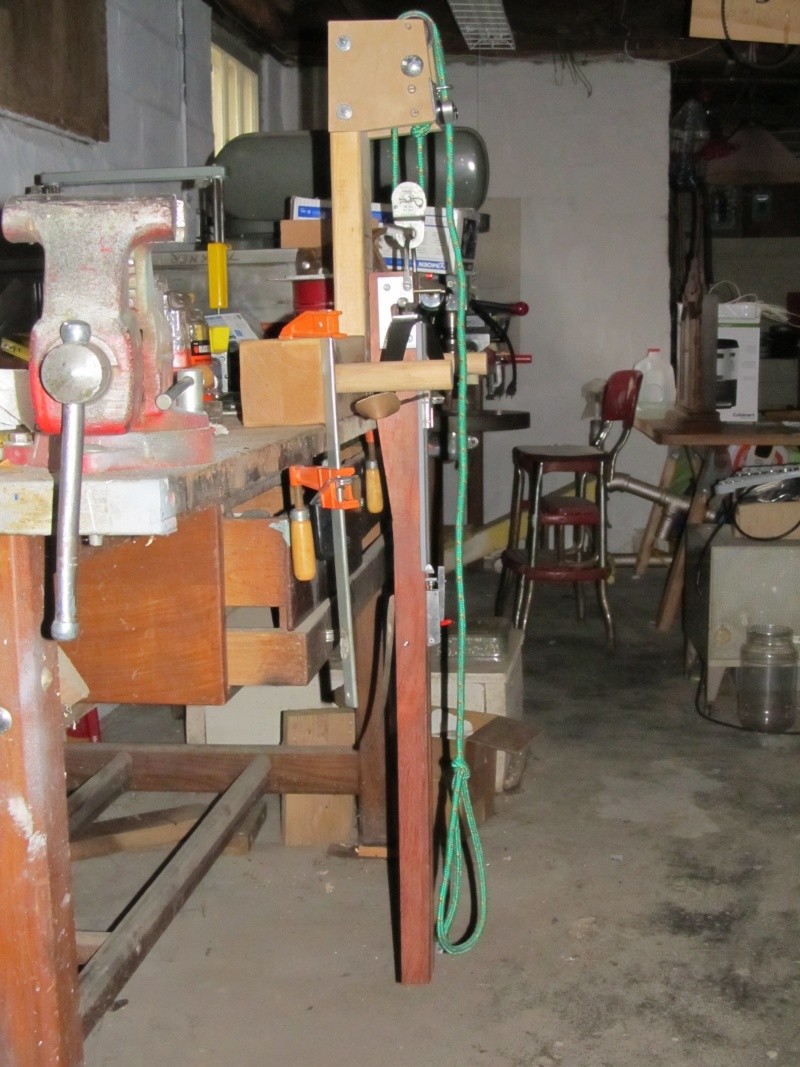 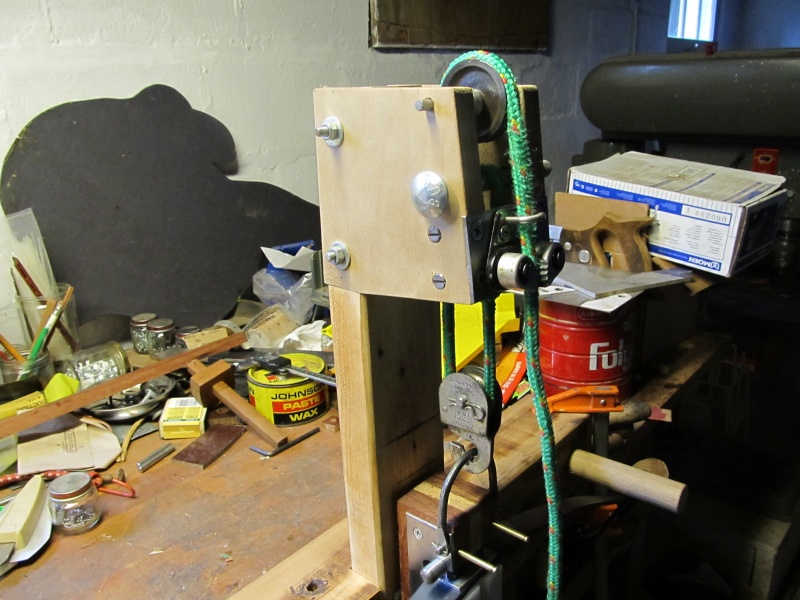