greetings I am looking for some ideas for a Medieval crossbow quiver. I tool leather and would like to build one for my World crossbow bolts.
Anything is appreciated
Crossfire
LAISSEZ LES BON TEMPS ROULER
"LET THE GOOD TIMES ROLL"
Jason D

The only quivers that I have seen are photos of 15th century German ones which seem to be built of thin jointed boards, leather covered with minimal decoration. I have seen illustrations of fur covered ones and even IIRC a fabric covered one, but not a tooled leather one. Illustrations can be seen in Ralph Payne-Gallway's The Crossbow, and in photos in Crossbows in the Royal Netherlands Army Museum by Jens Sensfelder.
Crossfire

I have Gallway's crossbow book, but I don't have the other one. Thanks very much for the reply. I think I have a good idea of what I am going to make.
Crossfire
Ivo

I've found a few pictures on the net...including the ones Jason was talking about, so I'll start with those boxes. 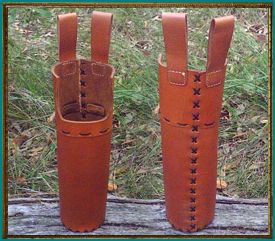 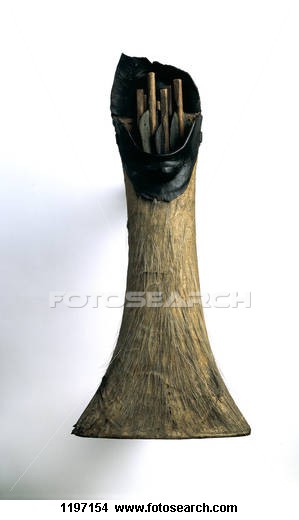 Not sure what role the bell shape of the last one plays, but perhaps so that it can be set on the ground with out tipping over...any one know? 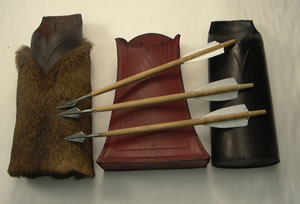 Check out this link:

You just have to scroll down and click on any link that seems to indicate a crossbowman. Note: Many depictions of the painting "The Martyrdom of St. Sebastian" will show crossbowmen in addition to archers. Looking closely at many of these paintings will show crossbow quivers.
Sponsored content