I'm very glad to be here on this forum and look forward to doing an awful lot of listening, learning, & asking questions. At 31 years old, I realistically have about 20 + years worth of archery, shooting, & hunting experience along with experience in various other areas. Long story short, I want to master the "Medieval Crossbow" in every sense and my wish is to lean heavily on those of you who would wish to share your trade with me.

Will
Todd the archer

Are you going to use a medieval crossbow for hunting?

Welcome, you'll certainly find that wealth of in formation you are lookin' for right here and as a fellow Texan to another I would recommend you look at Geezer's web site ( another Texan) to the right of this screen called The New World Arbalest. Enjoy!

As a suggestion you might want to go to Amazon.com andget these books for starters: The Crossbow by Sir Ralph Payne-Gallwey ( r[ght now used for $7.00) and Crossbows from thirty-five years with the weapon ( right now also used for $7.00) I believe well worth the reference material.

Chaz: Those are good, cheap sources for crossbow details. May I also suggest a web-search for Manchester University Museum... go to Simon Archery Collection, and get their list of mail-order books. You're looking for Wm Paterson's "A Guide to the Crossbow" It will cost you about $20 for a stack of excellent information on medieval bows. If you can find that one, look for Royal Armouries (Tower of London) English edition of Josef Alm's "Survey of European Crossbows." Geezer.
chaz

Thanks for the info. about Manchester University museum. Didn't find " Survey of European Crossbows" there , however found it on Amazon used for $321.56

Payne-Gallway's book is available free for downloading on the Internet. No sense in buying it.
mac

When you get your copy of Payne-Galloway, it is important to realize that the author was a product of his times; and not to trust everything he said. He was very anxious to demonstrate that English medievalists knew more than their German counterparts. It was part of the hyper-nationalism that led into the Great War. If Sir Ralph did not know something, he did not hesitate to just "make shit up" and present it as cold facts.

All in all, Josef Alm's work is preferable as a general source.

If you have any German at all, Eugen Harmuth's "Die Armbrust" is a treasure....but these days a rather expensive one. If you don't have any German, you will still find the illustrations to be of great value.

Alm's "Survey" is a very useful book, but perhaps not $320 worth, unless you're rolling in dough. The Harmuth book is also a treasure, but since it's been out of print since 1986 or so, it's also sky-high to buy.
Paterson's book will help immensely, and it's reasonably priced.
George Stevens "The Crossbow from 35 years With the Weapon" is very useful, particularly for people who want to build more modern crossbows. It's horribly laid out... the editor should probably be shot... with a crossbow of course, but there's good info there.
And take Mac's comments to heart about Payne-Gallwey. By and large, he tells you what was known (or suspected) in 1907, when the book was published, but there's been a lot of scholarship since then, so don't be too surprised if Paterson or Harmuth or Stevens disagrees with him.
Payne-Gallwey does have a lovely set of drawings for a 15th-16th century Flemish arbalest. I have a couple of quibbles about that too, but basically it's a solid design. Geezer.
mac

I must have been typing while Chaz was reporting on the price of Alm. Yeoh! I had not realized......
....best to get Alm through interlibrary loan, then, and make a Xerox of it.

I agree about Gallwey. His chapter on Roman catapults is particularly hideous, with strange Edwardian / Victorian notions that are completely bogus.

The Alm book can go for much higher through used booksellers. I wonder if we could convince Dover to publish a cheap edition?

Guys, I've been busy for a while, so haven't posted much, but have a big project in the works, and will post that when I am ready. Plus, found an awesome moose antler with a very large stem at a swapmeet in Wellfleet two or three weeks ago. The guy almost wouldnt sell it to me when I told him I was going to chop it up for projects. He couldn't bear the thought of anyone not just displaying it, I guess

Todd the archer wrote:Welcome, feel free to ask any questions.

Are you going to use a medieval crossbow for hunting?

Absolutely...I'm hoping that my custom 180# bow comes in sometime soon so I can hunt with it this deer season. Here's a couple of pics of my 1st 2 kills...The jackrabbit was first followed by the trash buck. 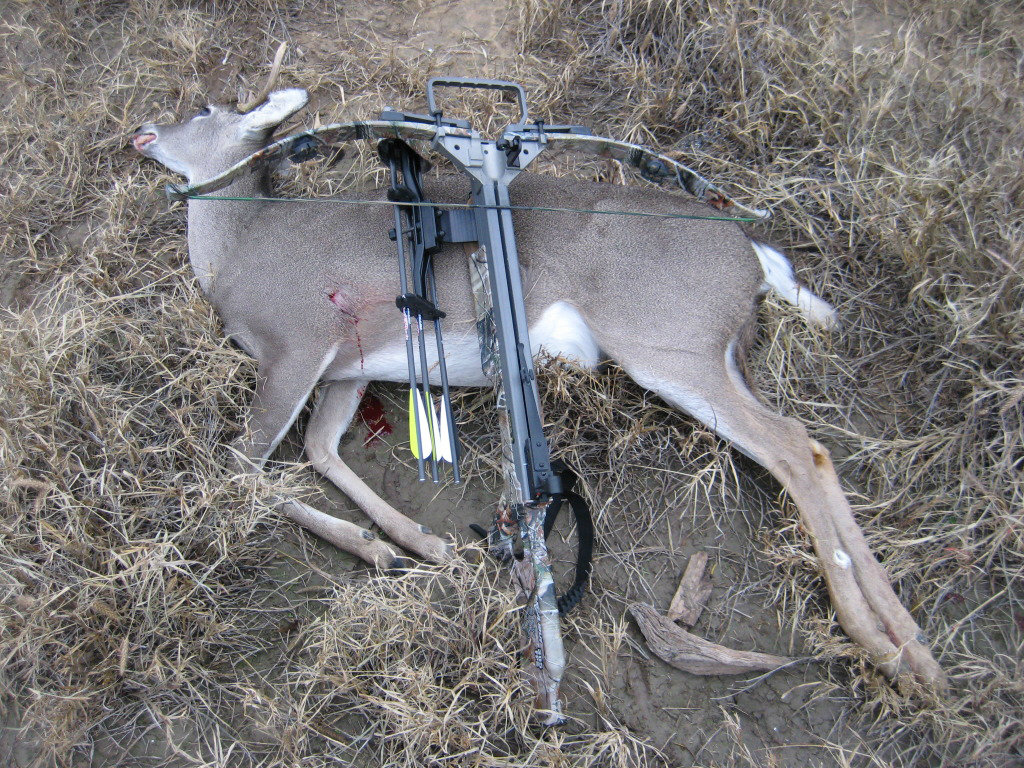 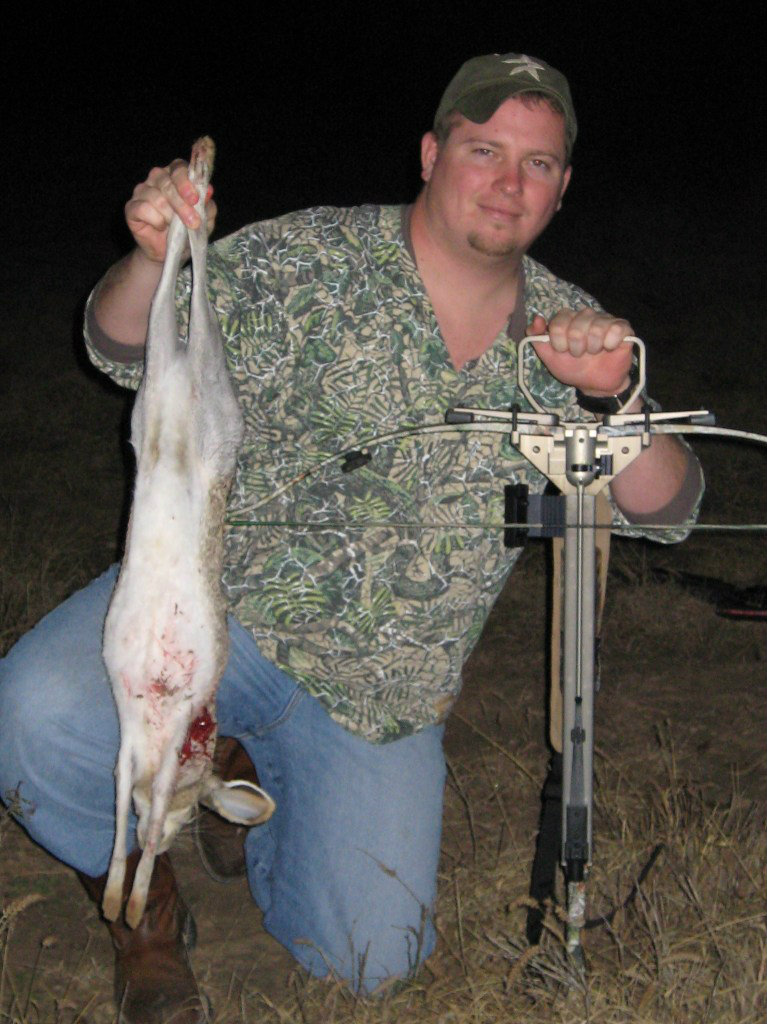 Welcome, you'll certainly find that wealth of in formation you are lookin' for right here and as a fellow Texan to another I would recommend you look at Geezer's web site ( another Texan) to the right of this screen called The New World Arbalest. Enjoy!

Thankyou...I believe it...It's so impressive to see how much information has been posted here. Yeah, it didn't take me too long to figure out that Geezer was the same man from New World Arbalest who's building my 1st custom crossbow as we speak.
Brown_Recluse

@ Chaz: I've got 2 of Sir Ralph Payne-Gallwey's books in addition to what I've read off of New World Arbalest, but I'll have to check out "Survey of European Crossbows" when I can next afford it I suppose. But I do appreciate the suggestions.

@ Geezer: I will also have to look for Wm Paterson's "A Guide to the Crossbow"...Sounds like a very worthwhile bit of information.