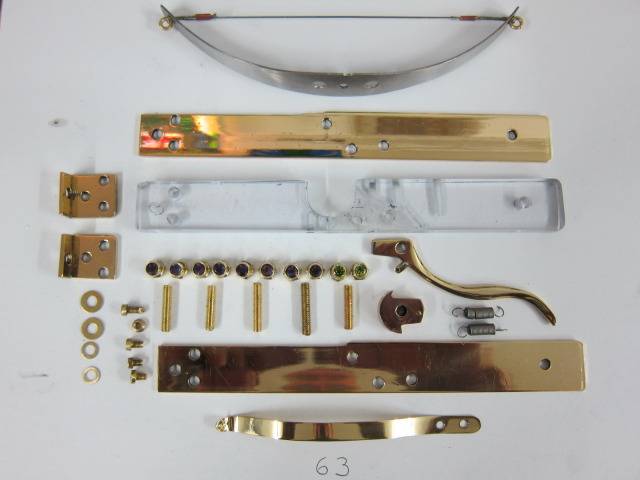 Not sure if this is the right place to put this.
I finished the Dragons cross bow yesterday.
63 pieces, but the gemstone nuts have 3 pieces each, namely the nut, the tube and the gemstone. There are ten nuts so 30 pieces and this raises the total count. 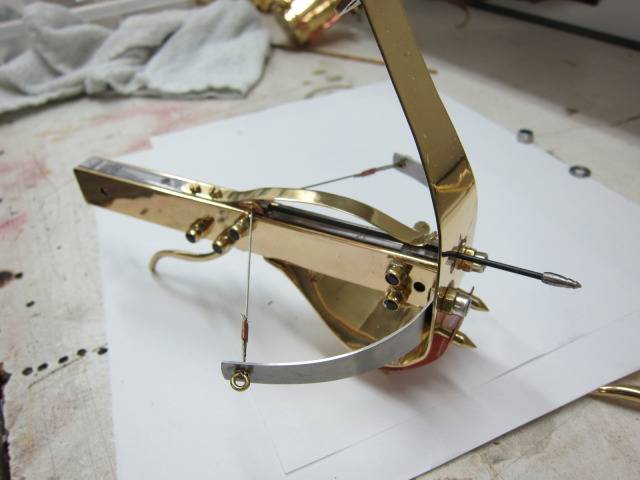 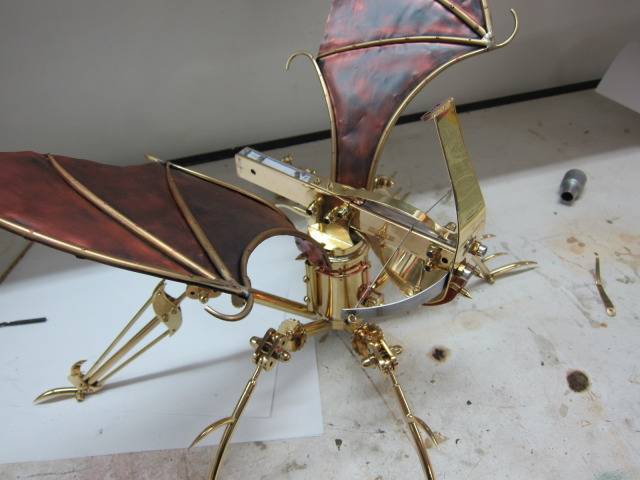 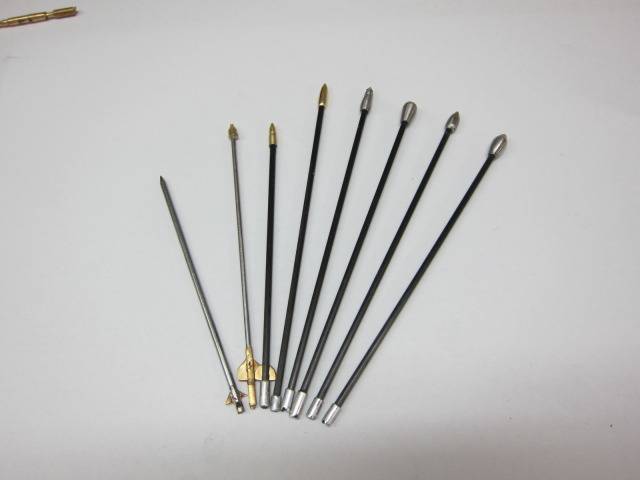 The left side were the first bolts.
The didn't work well.
The black ones are carbon fiber and they work better.
I still have to put the vanes in.
They only 110mm long so they not so serious

I turned the tips from stainless steel.
chaz 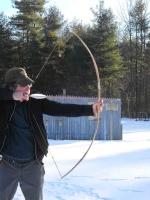 Wow! What a wonderful piece! I am very impressed. That it functions just adds to the overall sculpture. And keep reminding you wife that this keeps you out of the bars and cavorting with loose women

That always works for me when I get "the look" from my wife.

I understand this is a fantasy piece, however, if the bolt retainer clip was shortened a bit to say just in front of the roller nut you might have less drag on the bolt when it is fired, as it is now the drag is almost full length of the bolt. Observation only ....... not to be critical.

I hear you Chaz, and in fact I first made a shorter and cute retainer clip first, but the bolts would wobble during flight as to be really bad.( potentially nailing my parrot instead of the target)
I think the bolt design and the actual design of the cross bow are both somewhat pedestrian.
I have much to learn concerning that.
Cheers, Hans
stoneagebowyer

Would perhaps making a bolt groove such as early crossbows featured help to stabilize the bolts? It looks to me like doing that modification may be difficult and perhaps ascetically unwanted though. 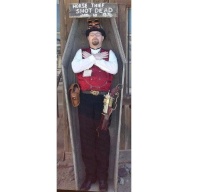 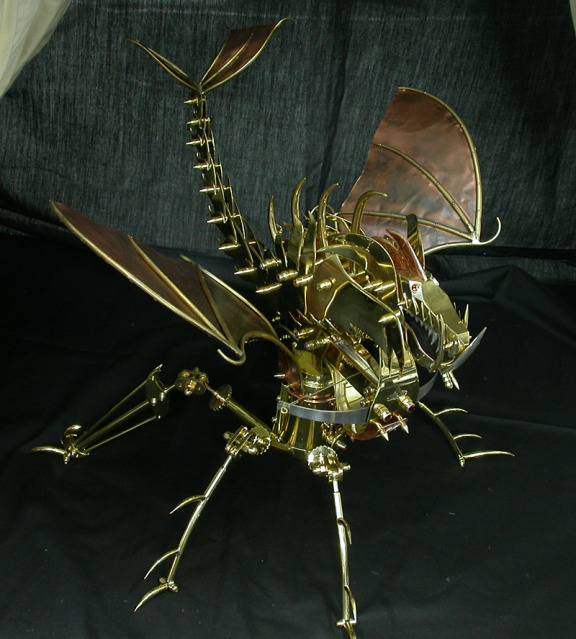 OK, just to end this thread.
I finished the Dragon Bow last week. 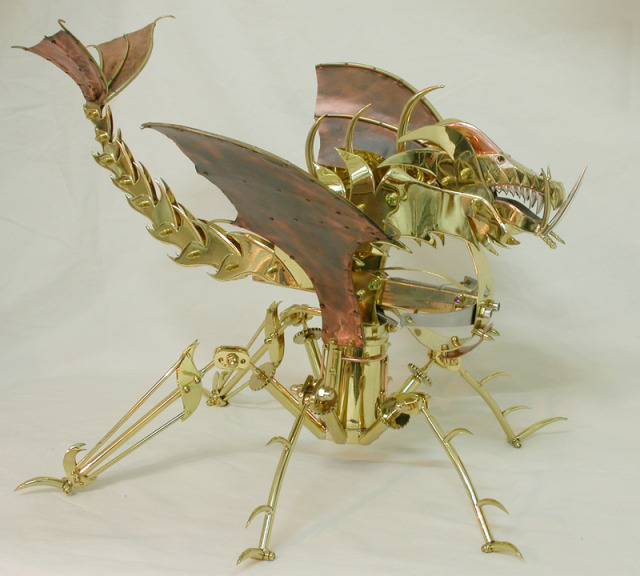 Kinda difficult to photograph. It's got so many shiny points they tend to blur the detail.
A white tent does a bit better. 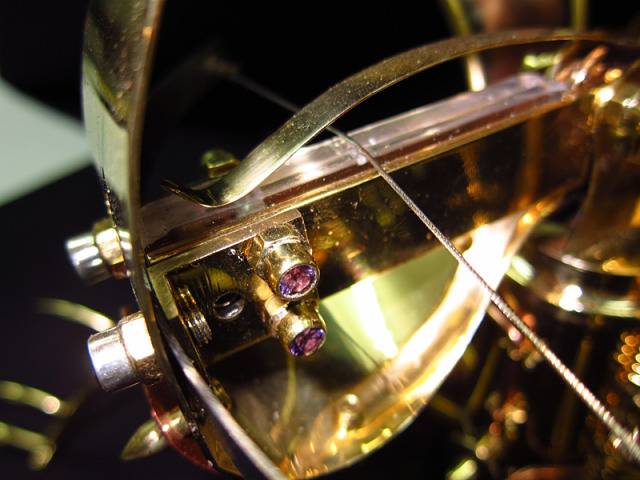 Close up of the bow section. This thing suffered from 'mission creep. Namely, it was supposed to remain simple but it became more and more complicated. 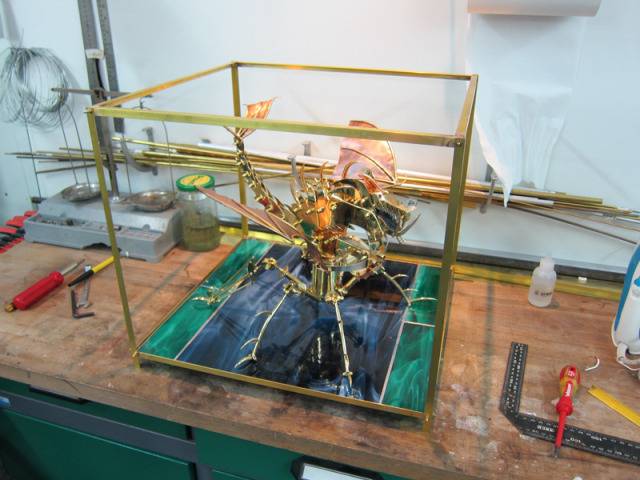 The display case being made. 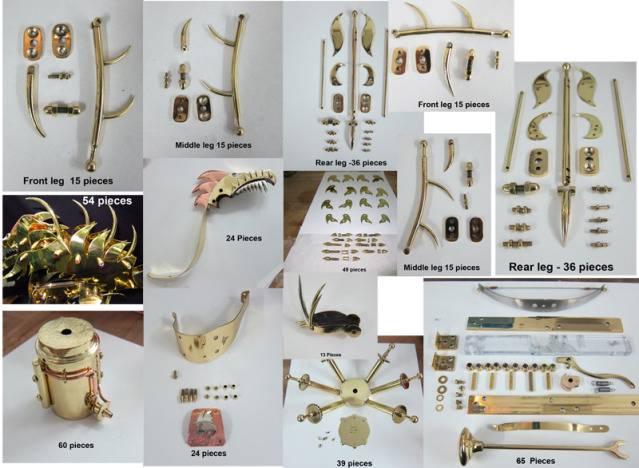 And finally, the components. I forgot the wings but anyway, over 500 components. As I said, mission creep.
My next project is a Ballista, for which I have millions of questions. I'll ask them in the right forum though.
Cheers, Hans
stoneagebowyer

Hans, this is gorgeous all the way around. The gemstones are stunning, but so is the entire work. I feel honored to be able to view your work, so thank you for sharing. 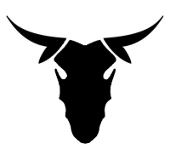