Hey all,
Jaeger22 was good enough to send me a prototype assembly of the trigger mech he designed that is available now on eBay. This is the rig I've built around it so far, using what I had in the shop. I've ordered a couple of the final units that I expect delivery of this week, I will drop one of those in and this thread will be more of a review of that offering than a build-along. It may be a bit of a stress test, as well, as I'm mating it up with a 165# steel prod, the SB BB from Slobows 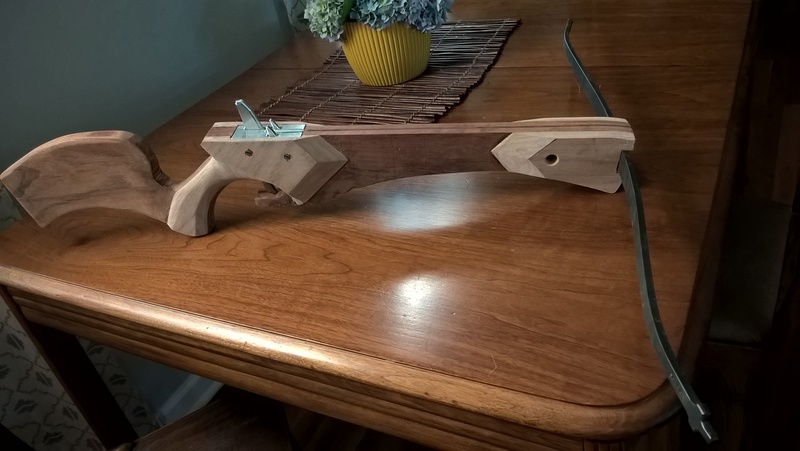 Gnome, I'm an old target archer. I have about a ton of pins similar to what your using. Also , send me a pm if you would be interested in a slider sight to do the same job you show ,only alot more.I'm not selling anything.
Gnome

I'm calling it done, for now. I learned a few things, so that's always good. 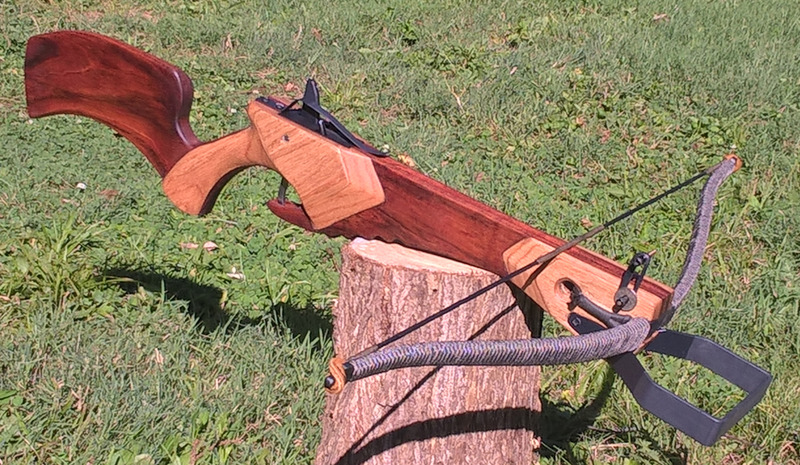 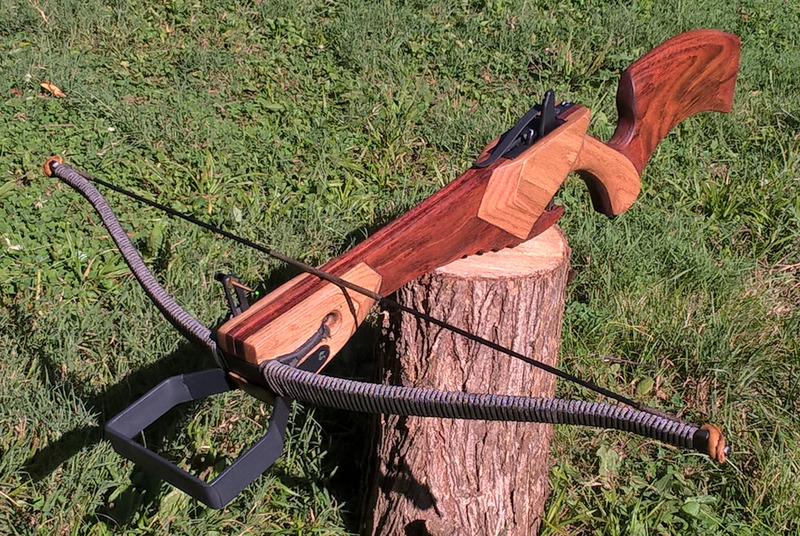 Things I learned:
1. The only real problem with the first build was shock and noise on firing. I think there were several factors involved. The first thing I discovered was that in routing out the cavity for the lock mechanism, I had allowed enough space underneath for the claw component to travel downward far enough to clear the string, but not nearly enough to allow it full range of travel. My cheekbone was really sore for a few days after taking it to the range for the first time, and I think a big part of it was that mechanism striking the stock right in front of my face like a hammer! I thought about just grinding it out, but I kept thinking that energy has to be transferred somewhere, and if it isn't to the wood then it would be to the lock mechanism and it's mounting. I decided to grind out the cavity just a bit and glue tiny pads of thick leather to soak it up. Seems to be working well.

2. I didn't have too much down force with the string, too little! I forgot that a feeling came over me as I was sanding the bolt track, and I purposefully sanded the middle of the track down while leaving it high at the front so that it would soak up energy from the string at the end of it's travel when fired. Then I totally forgot about that when it came time to string it up, and tried to get the string to just kiss the track in the undrawn position! That was the real culprit with the excess noise and shock.

3. I wrapped the prod tightly with paracord to see if it would muffle the twang at all. It doesn't, but it looks kinda cool. I'll probably take it off, but will try the trick again with a fiberglass prod.

4. The can of linseed oil I've been using for years finally dried out, the finish on most of my pieces has been linseed oil and beeswax, mainly because that's what I had. When I went to the store I decided to try out tung oil instead. Holy crap, it's awesome. I only used wax to fill a few imperfections.

This design keeps evolving. I can't keep anything simple. This is how I'm taking it out this weekend, hopefully: 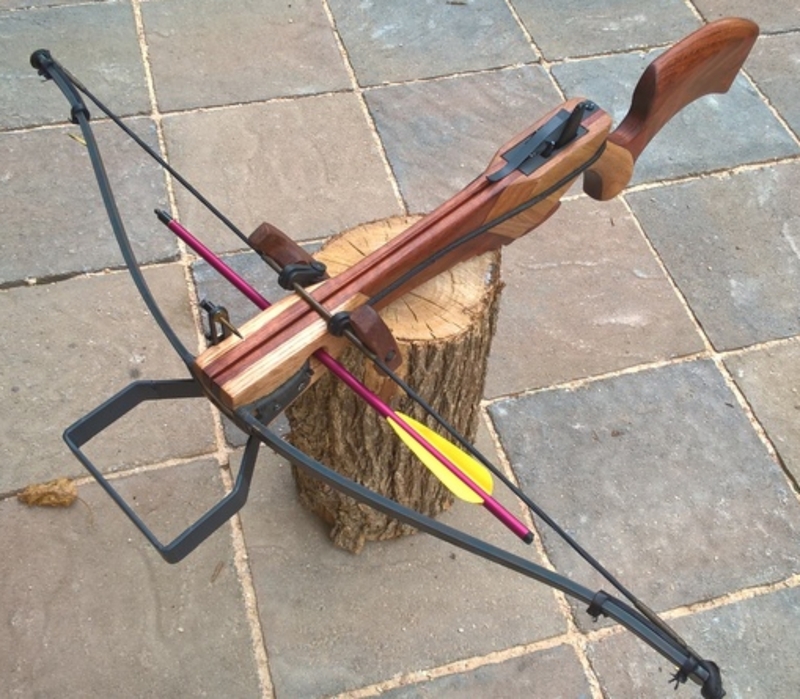 I got rid of the paracord and added leather pads at the limb tips. Now to see if they help with noise at all and stay in place. I was happy to find that the walnut handled cocking rope I customized for my very first crossbow fits this one pretty well, too. The binding hole serves pretty well to keep a field point at the ready.
Gnome
80Eight 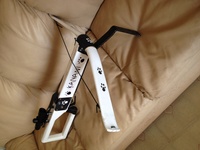 Wow! Very, very nice! And good idea about adding some padding under the action to soften the impact with the stock. I have had the jarring on several of my testing builds but did not know why. I may try some hard rubber for a pad.
John