Those pieces all excavated from someplace in Serbia and the gear coined as cranequin gear since it was found with other crossbow parts but it looks too thin and large for a cranequinn gear for me. What are your thoughts about it? 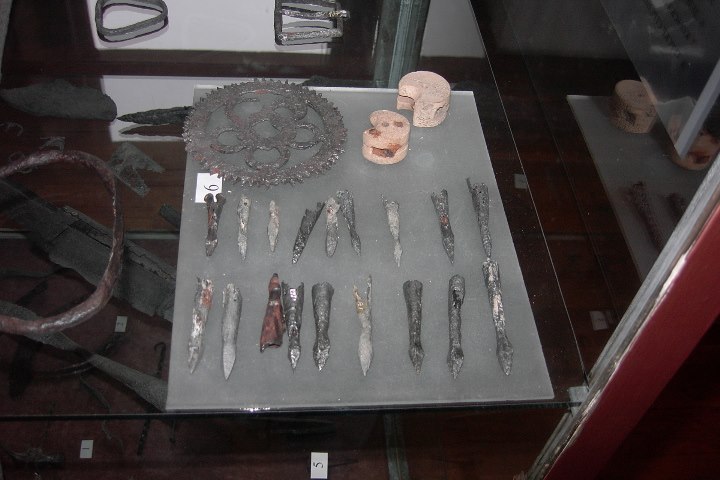 I am by no means an expert, but from what I have seen in Books and in terms of historically accurate reconstructions (rizzars, for example) the gear shown is a bit on the thin side , as you also noted and  it would be missing  the central small reduction gear part which engages the toothed rod with the claw on it.

But the central hole  seems to be square so  maybe there is  just a missing part? The square central hole at least indicates it was used to drive something opposed to serving just as a reduction gear of some kind.