Ideas and designs for a Crossbow Inside A Pipe?

Ideas and designs for a Crossbow Inside A Pipe?

So a while ago I made this cool little rubber powered junk launcher:

It's a very simple, easy, and compact design, and it shoots with surprising force.

Now, I was thinking. What if I made a speargun-style slingshot crossbow, but made it so I can slide it into a tube of ABS pipe? If sufficient arrow spine is used, the crossbow could be loaded just like a pneumatic speargun, putting the arrow into the barrel, sticking it's point into the ground, and then using your chest to manually push the setup downwards onto itself, cocking it. The advantage of having everything contained within a barrel is the pure safety of it all, which gives it an advantage to a regular crossbow; unless your hands are in front of the muzzle, nothing will touch you, or hurt you. Another advantage could be stealth. If the rubber itself is contained withing two pieces of pvc pipe, which is contained within some 2'' ABS pipe, and sealed with a whisper biscuit on the muzzle and a wooden dowel on the back plate, I think that the already quiet rubber bands could be even more silenced, possibly creating an ultra stealthy arrow launcher.

Would also just be cool to make, I mean, the velocity probs wouldn't be all that high, but imagine having a huge cannon-looking gun with a broadhead on one end, like a ''Pipe of Doom''

Seems pretty cool to me.

Does anybody else think this would be a cool thing to make?
Anatine Duo 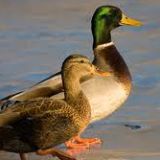 Yes cool, especially as you can keep your rubber warm in the tube!  I gave up on the concept for some reason I can't remember... maybe just busy.


Personally I wouldn't want to cock it using the arrow even though it is a simple solution.

As far as speed goes my pocket slingshot with tapered bands gave me well over 300 fps with marbles consistently.
kenh

Interesting idea, even if it's not a *cross*bow.  The Slingshot Channel might have more info to share about the concept.  I agree that cocking by pushing on the arrow is not a good idea.
JacobL

I suppose the arrow would flex during cocking. Perhaps a thick steel ramrod would work, and you could pull it out and muzzle load the arrow afterwards (safety switched on!)

And yes, I know for sure that my slingshots really do poorly in the cold, shoot decent but not great.

Anatine, I agree that great speed can be reached with the right bands. I don't use theraband (the durability puts me off), but I have a slingshot with tapered Dankung 1632 tubes. That is the smallest, lightest size of dankung tubing, and it shoots quite fast.

I also have this old extended draw starship slingshot made out of walking stick. With dankung 1842, tapered and with a draw length that's like 8 feet long, it puts holes through old steel buckets.

Rubber is a very good medium, and if putting it into some pipes keeps it warm and eliminates the hysteresis problems, I'd love to see it.

Does anybody know were to get a whisker biscuit for very cheap? or should just make a simple nock on the front?

I will make it if my designs work, just need to find a nock system.
JacobL

Oh yeah, and if anybody is interested, or sees any holes in my plans, inform me.

My plan is to have the 2'' pipe around the length of the arrow, if not a bit shorter. A piece of 40mm dowel is slotted and has a one piece trigger sear mechanism inside. On the back of it is the backplate, which is pressed against the chest for cocking. There are two holes on the left and right of the dowel (out of the way of the trigger sear) that will hold two pieces of thermal pvc, which will hold the rubber inside. The pvc has a groove on one side of each piece, and a string, or perhaps a piece of aluminum rod is used to connect the rubbers inside of the pieces of PVC, forming the ''bowstring''.

The trigger sear is a simple one piece claw that you actually push away from yourself to activate. it holds the string from up above, not down below, like most crossbows. A handle is attached in the same way I've done in my Junk Launcher video, and this handle has a simple trigger, which has a string attched to it. This string runs to the back trigger sear. When you pull the trigger, it pulls forward the rearward trigger sear and releases the string.

At the front of the gun, another piece of 40mm dowel is used to secure the two pipes, and either a normal nock groove or a whisker biscuit is used to hold the arrow, and the point stick out a bit to allow clearence for broadheads.

I make it sound so complicated, but it's quite simple. Imagine joerg's bullpup arrow shooter, but concealed in a pipe. If everything is slimmed down to fit inside, it should fit.

Perhaps this design could be of use:http://diyworkplace.com/31-spring-crossbow.html