Hello all I am trying to find some pictures of bows with a clap lock that show the internal design and the finished version.

And would the parts on alchem be strong enough for a 150# draw?

Thanks!
Lance
Todd the archer

Do not know how strong their clap lock is, but here is the plan for it they show on their website: 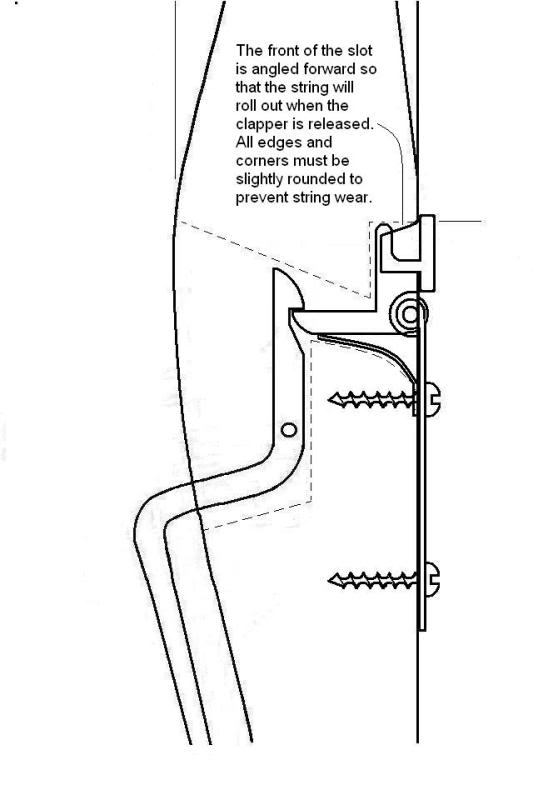 Hope this helps, maybe someone else can tell us more, Todd
mac

Here are couple of diagrams. The first two come from "Die Armbrust" by Egon Harmuth. The other is form Jens Sensfelder's "Crossbows in the Royal Netherlands Army Museum".

It is important to note the fundamental difference in the action of these two locks. The difference resides in the interface between the tumbler and the intermediate lever.

In the first lock, the working faces are "square" to the axes of the two parts. This interface is stable, and will hold the energy of the bow without further assistance until the rear end of the lever is lifted. In this case, it is lifted by being knocked up by the set trigger, but it could just as easily by lifted by a simple trigger.

In this sort of mechanism, the energy to overcome the lock must be supplied by the trigger.

In this sort of mechanism, the unlocking is driven by the energy in the bow, and must be held in check by the secondary locking faces of the rear of the lever and the trigger.

If this is already obvious to you, I hope you will forgive me. If this is new information, I am sure you will realize its importance. 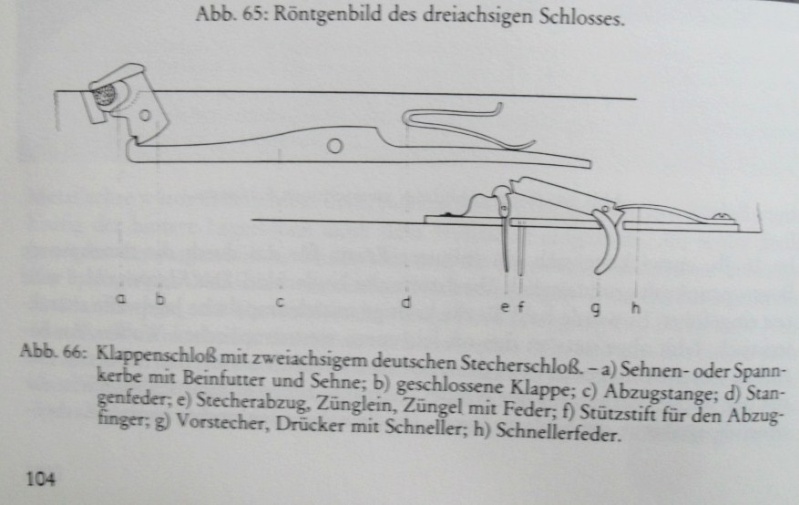 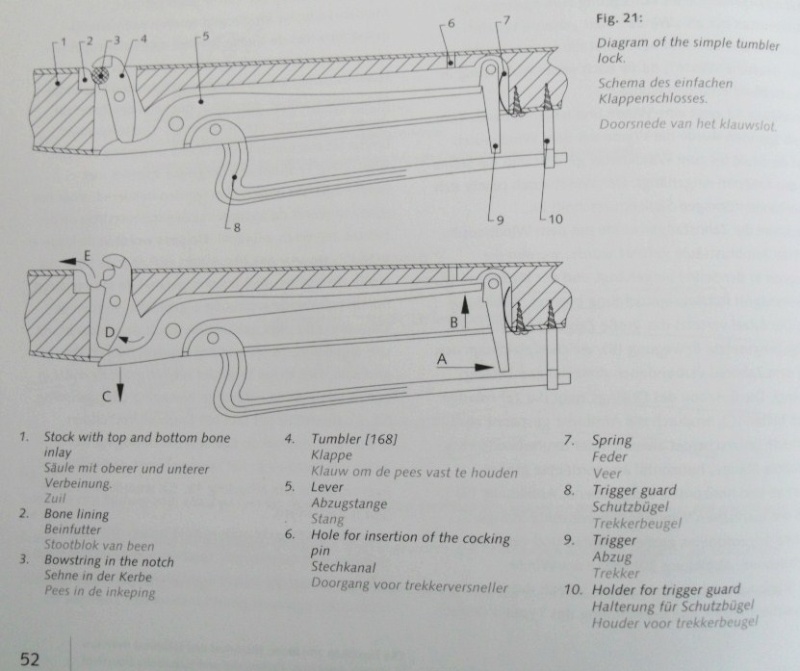 Thanks Todd and Mac! Todd i saw that but couldnt really figure how it worked by that drawing....but i ordered one anyway just to play with.and Mac that first one is exactly what i was looking for! I figured that with all the people on here with as much experience that someone would have a good design somewhere!
Sponsored content