This bow is based off the Padre Island Crossbow. But by no means a true reproduction.

Heres a few pics of the finished bow. (if they show up, stoneagebowyer had trouble viewing the earlier photos.) 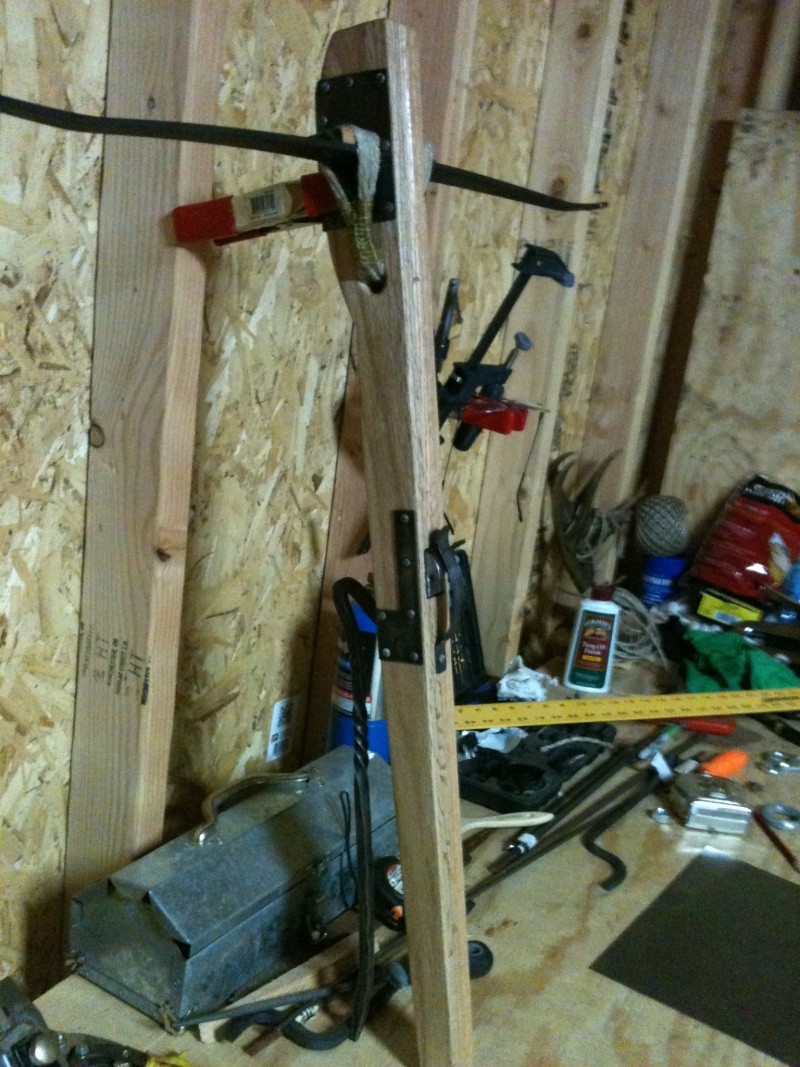 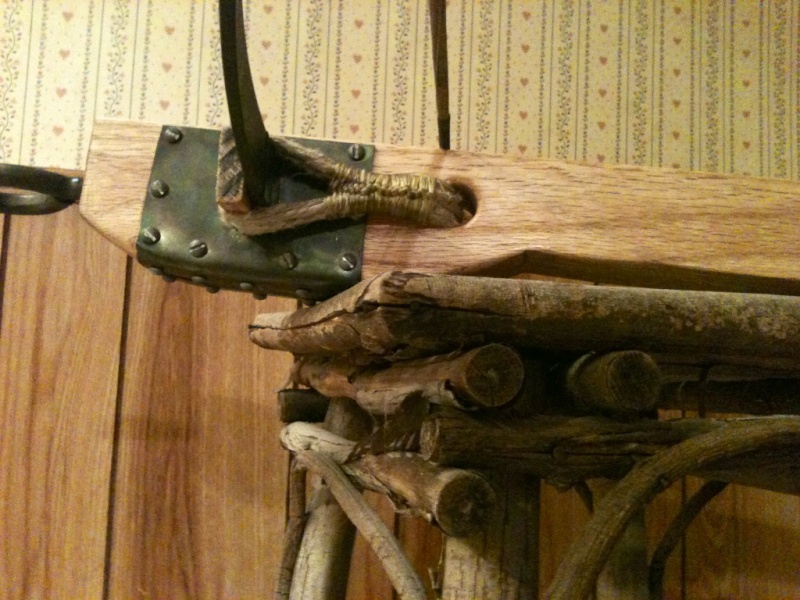 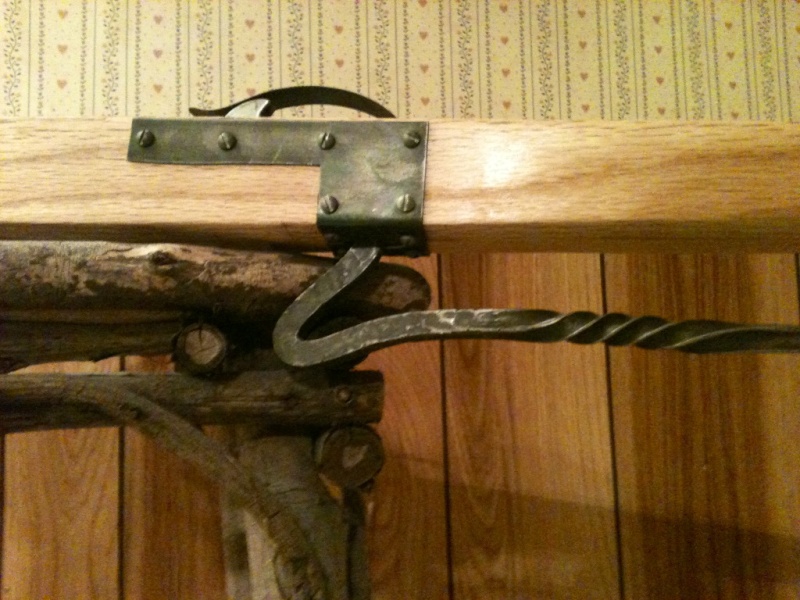 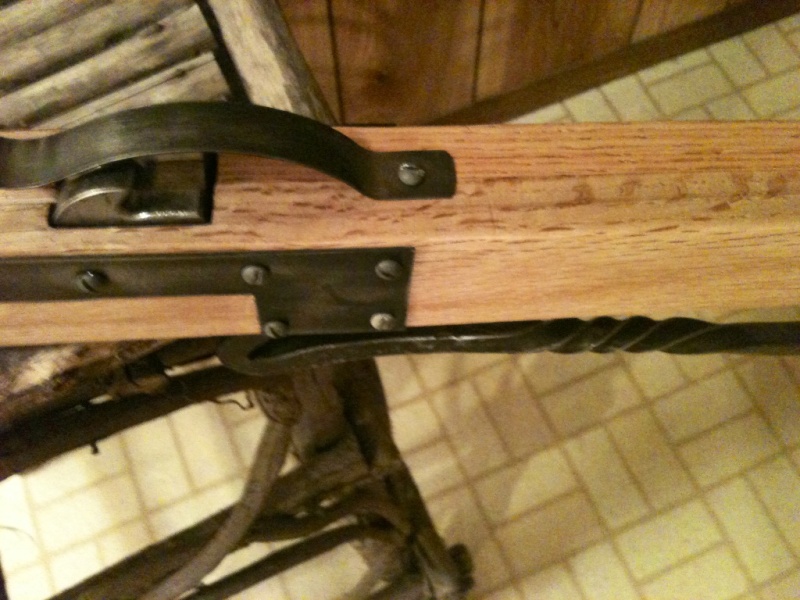 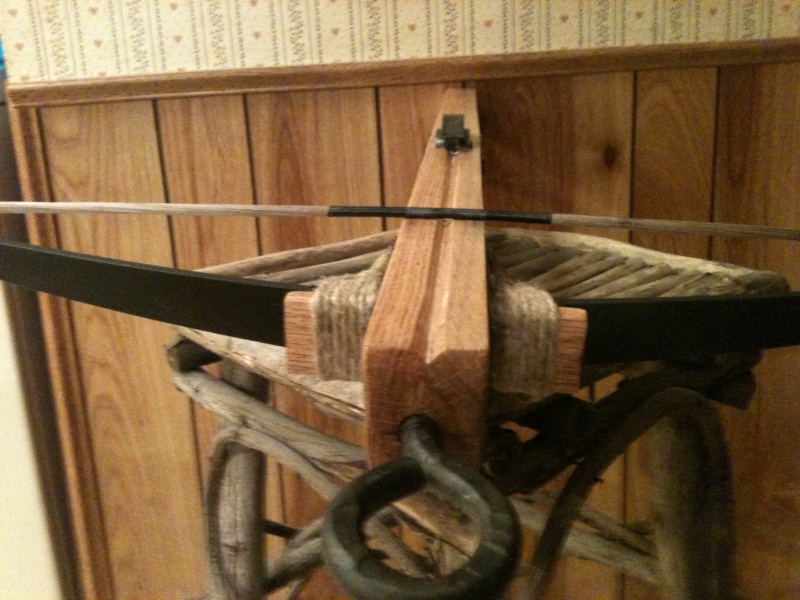 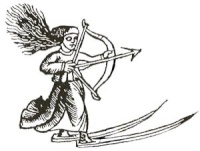 That is so cool! I love the little twist you put in the wrought-iron tickler. Gorgeous.
Geezer

Geezer here: I worked up the original plans of the Padre Island crossbow when I negotiated a commission with the Corpus Christi museum to copy their artifacts. There were three steel prods, a half-stock section, from the back of the lockplates to the fore-end, and two pieces... a front section and a lock section. As a matter of fact, you've done a pretty good job of getting the rustic look right. The lockplates were almost certainly made of iron (Turks and Caicos bow had bronze plate around the prod) and the nose-ring is about right. The only remnant of the tickler is a shadow on the x-rays (radiograph) The roller-lock is made of bone/antler, and surprisingly small. Approx 1 inch wide and 1 and 1/16 in diameter, with an iron sear-plug. The bolt groove fades away to nothing about an inch in front of the lock-socket, and it appears the stock may rise just a bit from the lock forward... but that could simply be warping from being stuck in wet sand for 400 years. Lock and cheekplates were probably held on by rivets, rather than screws... You can actually see the rivet-holes through the stock in the radiographs. On one stock, the rivet-holes are pretty square. On the other, they're noticeably crooked. The radiograph also shows the nose-ring was originally put in crooked, (angled upward) then corrected and set in straight. There was a thin pin thru the fore-end (underneath the cheek-plates) to hold the nose-ring in place.
There was no sign of a pivot-pin for the roller nut, and no sign of a bolt-clip, though that could have pivoted from further aft, where the stock was simply gone... presumably eaten by teredo worms.
Anyhow, you've done a nice job of this bow... for further details, one could look at the Maltese crossbows... they're from a similar time and possibly the same crossbow works... though they're rather better quality work.
Geezer
jds6

Thanks Archeress for the kind words.

Geezer , thanks for the thumbs up! I have followed the photos y'all did on Flicker. Was very impressed with all the work. The one for the Florida museum was really nice.
I have seen the bows of the Maltese. They are some of my favorite crossbows. Nothing really fancy , but meant for battle.
My thanks go out to you and Lightly for the inspiration of this bow.
Thanks again for the thumbs up!