Other toys in the collection

Other toys in the collection

Hi all, first time crossbower (not sure if thats even a word) but long time collector/maker of other sharp and pointy toys. Just wondering if there are others here that collect the rest of the armory as well. If so, what's in your collections?
Gnome

I think a lot of us have other areas of interest. I have a rack of various implements, a couple dozen, all except a couple I made myself- swords, spears, knives, flails, warhammers, etc. Other than the crossbows, this sword is the star of the show. The blade is cold-stock removed from a mathoth chainsaw bar, an old, solid billet-style that are hard to find these days. The pommel counterweight used to be a trailer hitch ball. 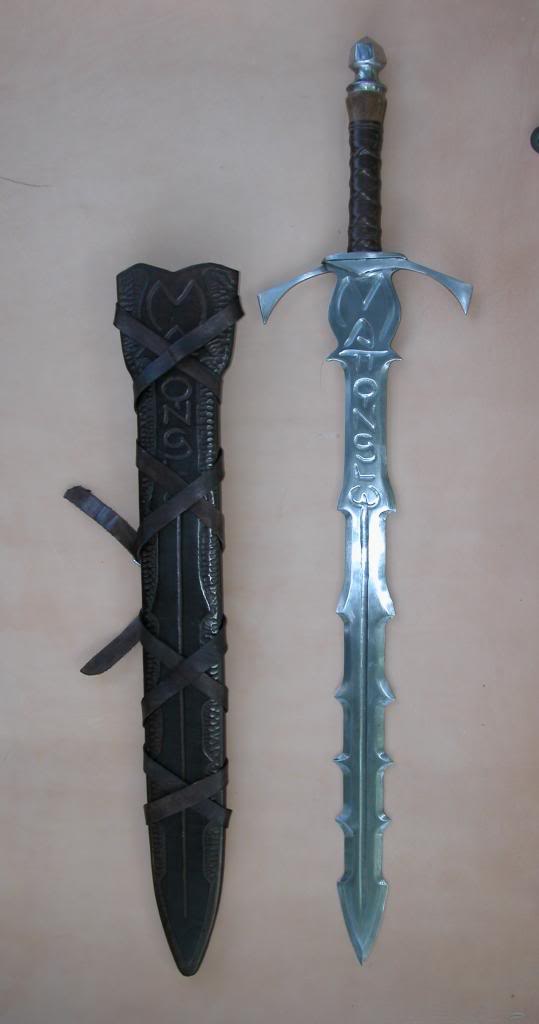 Years ago I collected swords. American Civil War W and pre-CW militia mostly, but some from Malayasia, Japan, China, Europe, etc. Had about 40 pieces. Then one day I came home to find that my house had been broken into... guns, TVs, stereos, cameras, all passed up to steal my swords and a handful of knives in other places.

The perp was eventually caught -- had traded the blades for drugs. Apparently at the time there was a blade-happy drug sub-culture hooked on Xena, Hercules and the Highlander movies. I recovered one Malay kris and one lesser sword. The court awarded me a whopping $1200 repayment from the perp that took a year to collect.

Haven't collected anything much, since. Now, living aboard a sailboat, that's a good thing. The kris hangs on the bulkhead in the cabin of my boat home, well greased against the salt environment. The sword I sold. Two years ago I used the kris to drive off a boarder who thought no one was home. Today I have a crossbow pistol to aid any similar efforts.
Lanceofsouthaustralia

Hi every one .
I like to collect pocket knives , I can't walk past a sporting shop with out stopping in to look at the selection of knives on offer . Another of my hobbies is armature radio and my radio collection far exceeds any thing else that I have .My work shop comes equipped with hf , vhf and UHF radio.